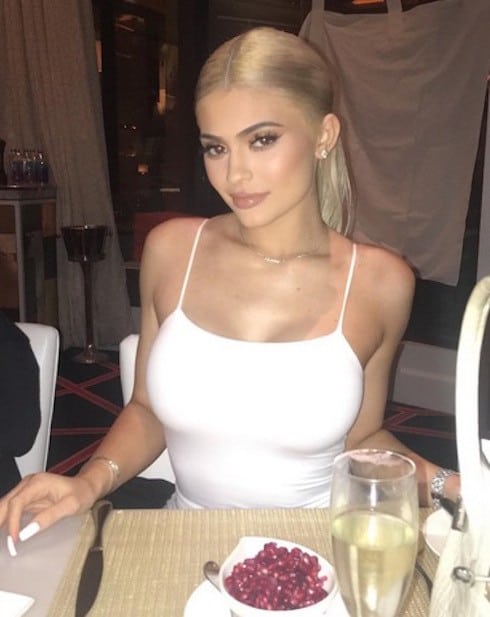 Then, just yesterday, the now-19-year-old Jenner daughter made headlines by making at least two of her birthday presents for 27-year-old boyfriend Tyga very public indeed. She posed topless for him–and with him, because that’s the Jenner touch–in a pair of shots she then uploaded to Instagram:

Plus, Kylie has been lighting up social media of late with a string of scintillating photo updates for her own clothing store, The Kylie Shop:

One step closer. Love you. https://t.co/g9Fs0Lkqva

Currently, Kylie is between pregnancy rumors, but the holidays are upon us and it was just Tyga’s birthday, so the latest round of gossip will likely be here very soon indeed.

RELATED ARTICLE: Is there a Kylie Jenner sex tape?