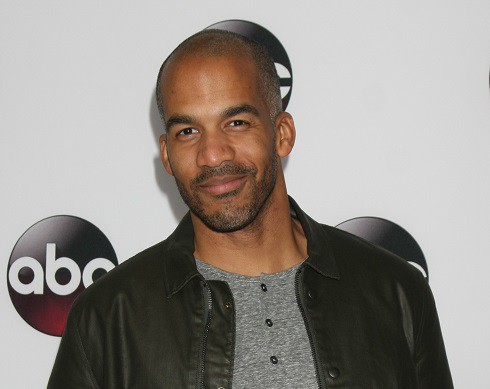 Marvel and ABC’s Agent Carter is swooping back onto our screens this week, and the bosses at Entertainment Weekly have leaked some juicy details about what’s in store for the intrepid agent and her big move to 1947 Hollywood.

It’s like, ‘Maybe I can actually have something beyond work.’ We do have a little bit of romance for her, which is a new thing. It’s really interesting to see Peggy, who’s always so confident and sure of herself, put in positions where she’s somewhat awkward and somewhat unsure of herself when people are expressing interest in her. 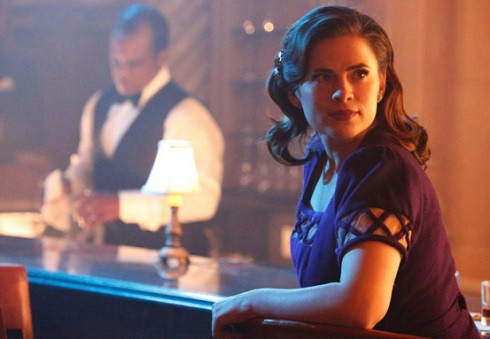 Despite his nearly-empty Wikipedia page, Austin should be familiar to anyone who’s seen ABC Family/Freeform’s Pretty Little Liars, where he played Eddie Lamb. He’s also spiced up the screen in Lifetime’s Devious Maids, playing Reggie Miller.

He should have the chops to hold his own with Atwell, although Austin said in an interview that it’s “definitely intimidating” to be the post-Cap rebound guy. I have confidence that he’s going to be just fine, based on the meet cute in this sneak preview from ABC: The show promises to deal with some tricky topics for network TV — it’s not every day that America’s history of race relations in the 1940s comes up, but Austin and the show’s producers seem excited to be talking about it. According to exec producer Butters, they’re thrilled to have Austin’s character Jason Wilkes on the show:

He’s African-American. He is a scientist at Isodyne, which is the company that Whitney Frost and Calvin Chadwick own. He gets swept up into Peggy’s investigation, and through the process of that, we see what it’s like if two people — one being white, one being African-American in 1947 — were to be seen together. We portray a real place, which is the Dunbar Hotel, which was a very famous jazz club, a place where both African-Americans and Caucasians would come listen to jazz. We address these issues and explain it along the way. We do encounter racism in the show. We also encounter why Jason, who has so little opportunity at this time, may be picked for his job by this company. It was an interesting thing to explore. Peggy, of all people, could understand his predicament.

Here’s hoping Peggy finds a little love in sunny Hollywood this season! Along with kicking big-bad butt, of course.

Who Is “Downtown Girls” Klo?