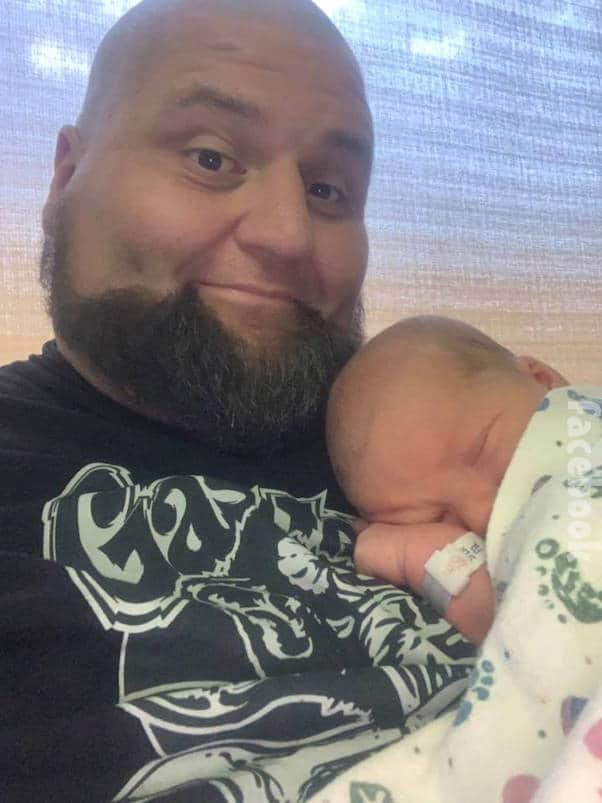 Congratulations to My 600 Lb Life star Doug Armstrong and his wife Ashley, who just welcomed their third child into their family! The Doug Armstrong new baby appears to be as healthy as can be, and, as the photo above makes beautifully clear, his parents are over the moon for their little boy.

As we wrote a few months ago, this past spring, Doug and Ashley delighted friends, family, and followers by announcing a September due date for their third child. Their pregnancy announcement featured Doug and Ashley’s two children holding a stone egg emblazoned with the words “Brother Hatching September 2019.”

Doug took the spirit of the season to its logical conclusion in the caption for the pic. “With Easter just around the corner,” he wrote, “we thought we’d show everyone our ‘peeps’ plus our new addition…Coming September 2019.” The buoyant papa ended with hashtags and plenty of hearts: “#numberfour #justasinglethistime #halfthediapers #boyohboy #theteamsareeven ????”

Since that update, there had been no news on the Doug Armstrong new baby except for the occasional social media comment that things were going well. And where pregnancy is concerned, no news is good news. So it was actually a bit surprising when Doug and Ashley announced a little early — on August 30th — that they’d checked into the Wichita Falls Birth and Wellness Center.

And it seems that Ashley’s September due date must have been pretty early in the month — because one day later, on August 31st, she and Doug announced that their baby boy had been born! “Tucker Jenson Armstrong has arrived,” Doug wrote. “8 lbs 6 oz. Him and mommy are doing good and resting.”

Here’s one of the first photos of the Doug Armstrong new baby, sleeping peacefully with his beaming parents tucked in alongside: 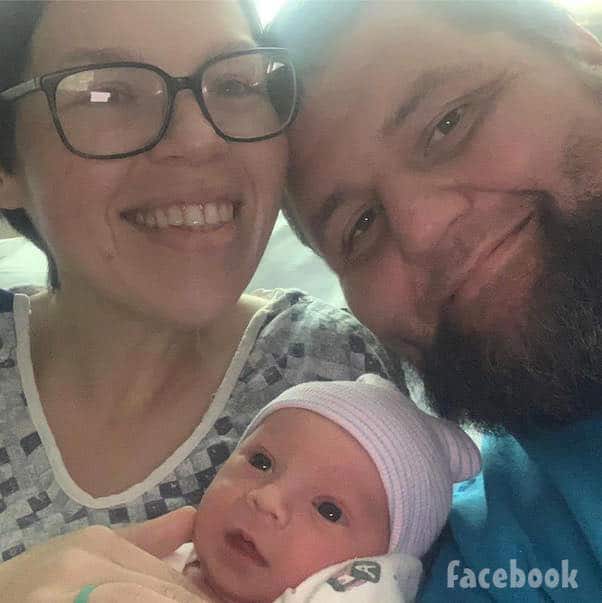 Doug also shared an especially dear photo of himself and Tucker, taken just moments after the little boy’s birth: 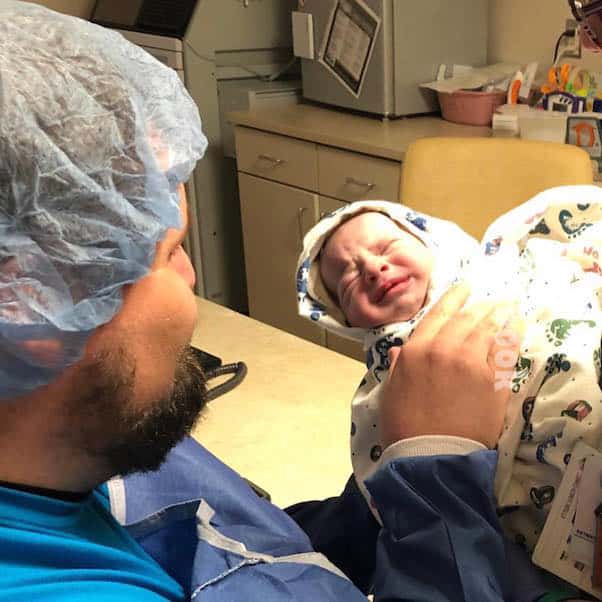 Accompanying the photo was Doug’s tender caption: “The first time I saw him. ?”

A couple of days later, Doug’s glow had yet to fade: 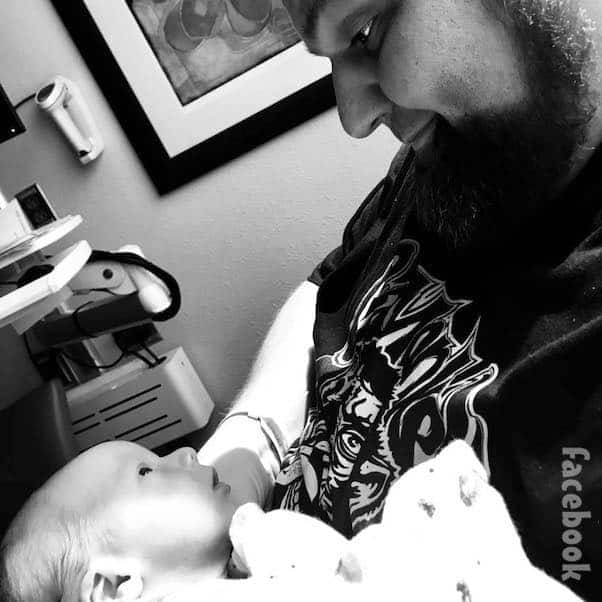 Finally, here’s a fuller photo of Doug, Ashley, and Tucker at what looks to be their departure from the Birth and Wellness Center. (It looks like the Center offers a variation of this photo for each family who gives birth there.) The chalkboard behind Ashley has Tucker’s birth weight and length written on it, along with his time of birth: 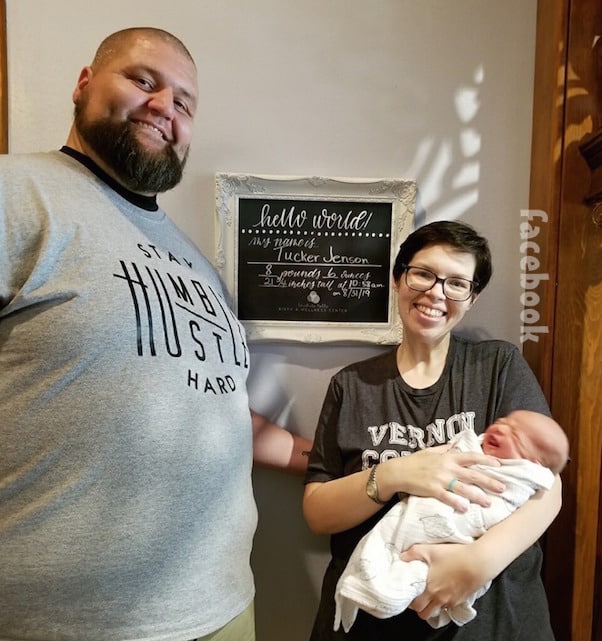 The second photo the Center shared is of Tucker’s proud papa hoisting a blue “It’s a boy!” flag out front: 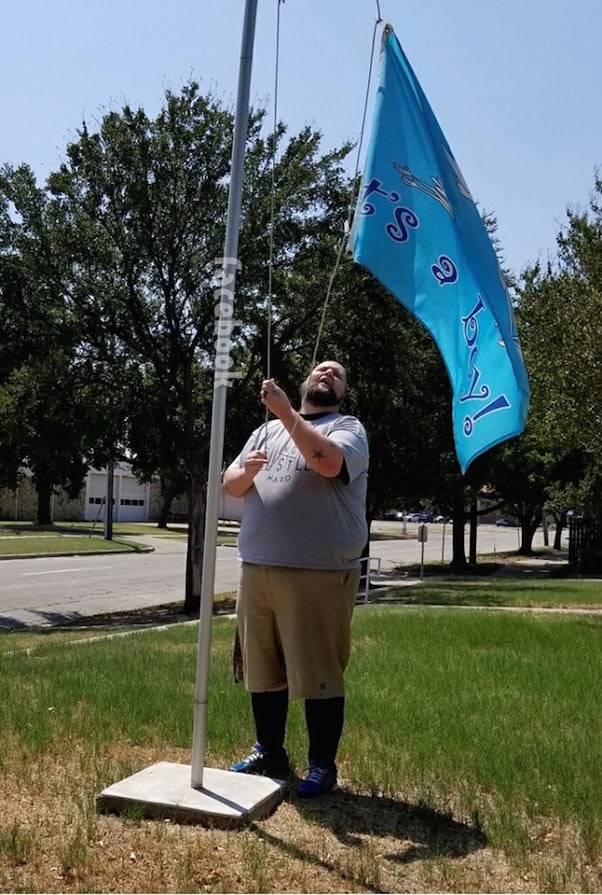 We don’t yet know if Doug is filming for a second Where Are They Now? episode, so it’s too soon to say whether baby Tucker’s arrival will get the My 600 Lb Life treatment. But regardless of whether we get an official update, *huge* congratulations to Doug and Ashley on the new addition to their beautiful family!