Rapper Chanel West Coast will finally get to put her music career front and center for TV viewers as she officially joins the cast of Love & Hip Hop Hollywood tonight! Chanel is best known as co-host of MTV’s Ridiculousness, but long before she got the gigglin’ gig beside Rob Dyrdek and Steelo Brimm, Chanel has been making music — including recordings with the likes of Snoop Dogg, French Montana, YG, and Ty Dolla $ign. 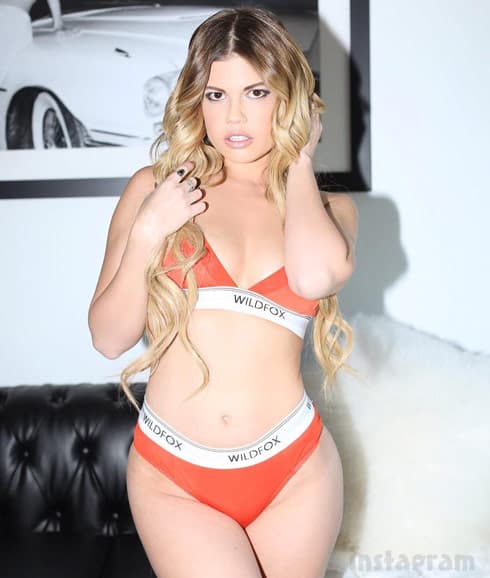 Chanel talked with Too Fab about her difficulties establishing her music career, both as a woman and as the Ridiculousness girl with the funny laugh. “I think hip-hop doesn’t give women as much of a chance as it gives guys,” Chanel says. And according to Chanel, the gender bias is stronger than the racial bias. “It’s actually less about race and more about being a woman,” she says of her own experiences. “It’s hard being a woman in the hip-hop game,” she iterates, “but I’m lucky to have good people around me who have had my back.”

In the dramatic Love & Hip Hop Hollywood Season 4 preview trailer, which is downright cinematic, we get to meet Chanel for the first time as she is introduced to Safaree as a potential artist for him to sign. I think some of what Chanel is talking about (as far as the gender bias in hip hop goes) is hinted at when Safaree says: “This ain’t the first time I pushed a pretty young thing to the next level.”

That looks SOOOOOO good! And it does look to be all about Chanel the rapper. “It’s really cool to finally be on a show where I’m able to show more of my life and who I really am as a person,” Chanel tells In Touch. “I’ve been on TV for years, but I’ve always been kind of a side character. And it hasn’t really shown my music at all. And being a part of Love & Hip Hop Hollywood — I’m showcasing my music and I am so excited about that. So you’re just going to see a lot of my hip-hop and maybe a little bit of drama, too.”

You can certainly see “a little bit of drama” in the preview clip when Chanel is doing what looks to be a music video shoot and she BLOWS UP!

And what about Chanel’s personal life? Will we be meeting any Chaneller fellers this season? “I don’t have any love on the show — so I guess my love interest is my music, so you’ll see that,” Chanel tells Footwear News. “I’ve always been a relationship type of person, but guys are a**holes. I think it’s a sign from god to focus on my career 100 percent instead of focusing on a relationship. I’ve had my share of crazy boyfriends, and I feel that people who talk about private stuff in public is crazy.”

Shout out to my girl @parishilton for having me perform with her last night in #Ibiza! My first European performance but definitely not my last! Had no idea I had so many fans here and it's amazing to get to meet all of you around the world! Love you #Spain! ????❤️

Chanel talked more about the detrimental effect of being co-host of Ridiculousness, which she is quick to admit is the best job in the world, with Too Fab. “People for some reason can’t put two personalities together,” Chanel says. “If you actually go Google… Adele has the goofiest laugh ever. Wiz Khalifa has the goofiest laugh ever, but you know them for being artists. Nobody’s gonna care that they got a goofy laugh. Me, on the other hand, you know me for my goofy laugh first, so then going and hearing my music as art… I just think a lot of people like to hate on me.”

One of those people is radio, TV, and social media personality Charlamagne Tha God, who was a guest host on Ridiculousness recently. Chanel got a bit defensive about Charlamagne expressing his opinion about a separate topic, and he quickly pointed out that Chanel was just still upset because he called her a “wack rapper” at one point years ago on Twitter. Things just EXPLODED from there. (Click the link for the video and a full recap, including Chanel and Charlamagne’s original interaction on Twitter in 2015.)

Chanel can seem overly defensive at times, but that is only because her music means so much to her. Her upcoming appearance on Love & Hip Hop Hollywood has only added fuel to the hater fires, and Chanel has been spending a lot of time reacting to the negativity on social media:

I'll assume you have listened to like 3 of my party songs and nothing else lol https://t.co/klSNXEr9IN

ya and I have talent too. Been known for that my whole life lol. Go get familiar boo ✌?https://t.co/klSNXEr9IN

It’s funny how haters think their nasty comments will stop me from doing music…. something I have done my WHOLE ENTIRE LIFE. When I started dancing and singing as a kid I did it because I loved music. Not for money, or to impress anyone. I just loved music…Even if I didn’t make a dime off music I would still make it because it has always been my hobby, my passion, my LIFE. It’s what I DO. If you have a passion for something don’t let anyone discourage you with mean words. Most people saying mean stuff are just sad. Focus on the road ahead and treat these haters like speed bumps. Roll right over them b!tches and keep it pushing ??

You can see Chanel West Coast make her debut on Love & Hip Hop Hollywood tonight at 8/7c on VH1. 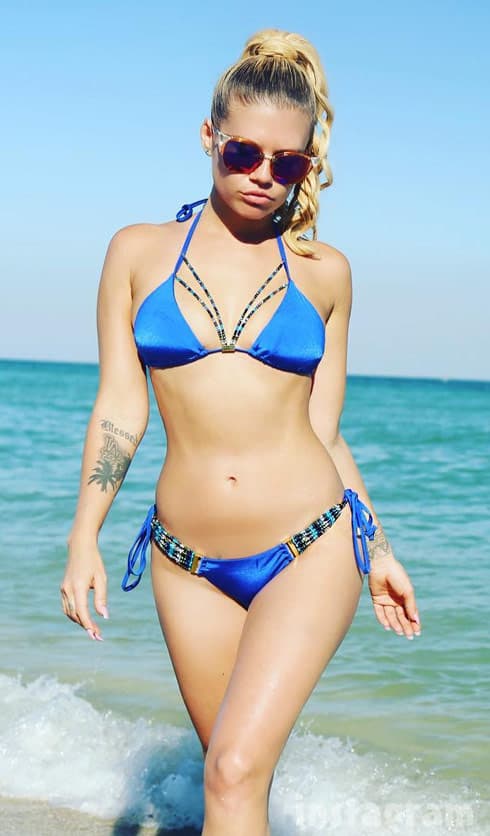 AUDIO Summer Bunni goes after Lyrica before shading the entire LHHH cast: ‘Everybody is a motherf*ckin joke in costume’