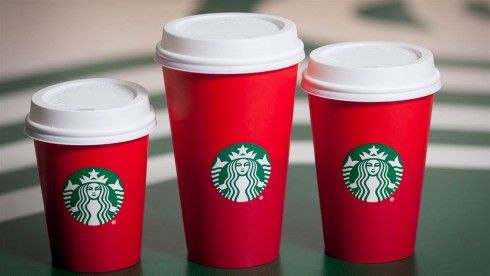 There’s a new controversy brewing for the coffee giant–and, this time, it isn’t revolving around the high price per cup. Instead, Starbucks is facing criticism over its holiday cups.

Aficionados of the brand are familiar with Starbucks’ holiday cups, which include pictures representative of Christmas: including reindeer, ornaments, carolers, and the like. 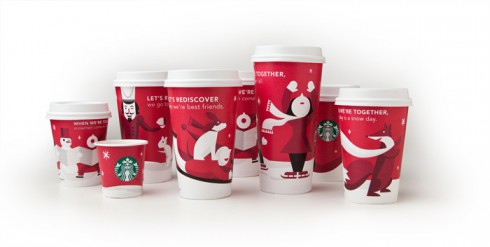 However, this year, the company went in a different direction. Instead of choosing a new design, the company opted for a simple look: red, with a Starbucks logo.

While most people wouldn’t think much about it, an Arizona man is irate over the change.

Joshua Feuerstein, a former pastor who now uses social media to share the gospel of Jesus, interpreted the lack of traditional Christmas images as a signal that Starbucks is trying to quiet Christians. 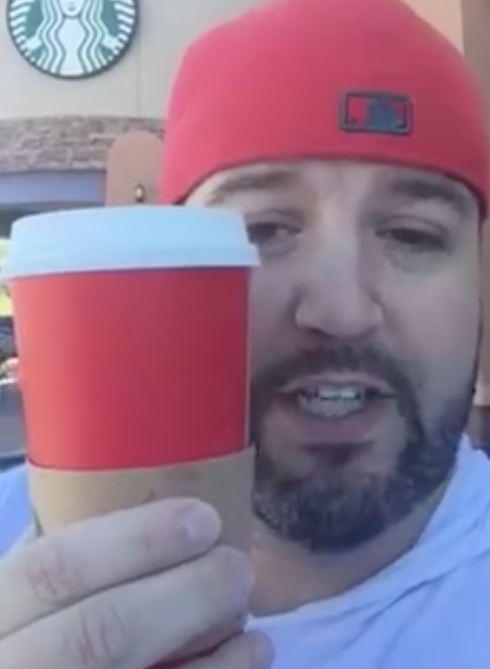 Joshua took to Facebook to vent his frustrations over the cup and challenge “all great Americans and Christians” to take a stance against Starbucks.

He’s urging customers to tell the barista their name is “Merry Christmas,” which forces Starbucks to write the holiday slogan on its cups and call out “Merry Christmas” when their order is ready.

Starbucks REMOVED CHRISTMAS from their cups because they hate Jesus … SO I PRANKED THEM … and they HATE IT!!!! #shareUse #MERRYCHRISTMASSTARBUCKSFollow –> Joshua Feuerstein

While the controversy may seem petty, Joshua’s challenge is quickly building momentum. His proposed hashtag, #MerryChristmasStarbucks, is trending; news outlets are reporting the story; and, now, celebs are even speaking out.

“Starbucks War on Christmas? It’s a red cup, folks,” Candace said. “Until Starbucks puts a baby Jesus or nativity scene on the cup while saying Merry Christmas, then pulls it because they say it’s offensive, let’s talk. I don’t remember Starbucks ever being a Christian company, do you?”

Others like Candace are sharing their view of the insignificance of the Starbucks cup. This user posted a picture of the cup with the saying, “If coffee cups define your Christmas, honey it’s you who needs Jesus.” 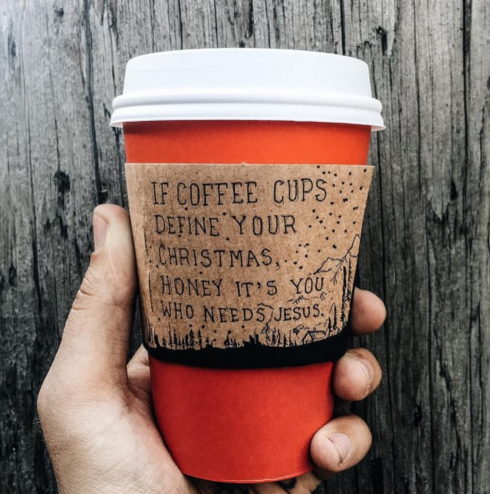 Still, plenty of others are joining in on Joshua’s challenge.

Feuerstein maintains that his stance doesn’t revolve around the cup but a bigger issue he sees in this country.

“Again, this is not about a cup. This is about a much bigger war on Christmas that has seen nativity scenes taken down, Christmas trees not allowed in malls, and all in the name of political correctness,” he said.

Starbucks, on the other hand, claims there’s no attempt to stifle Christmas with the redesign. In a statement to Today, the company said:

At the end of the day, Joshua–whose livelihood is based on social media–and Starbucks are both gaining tons of press. And there’s no such thing as bad PR, right?