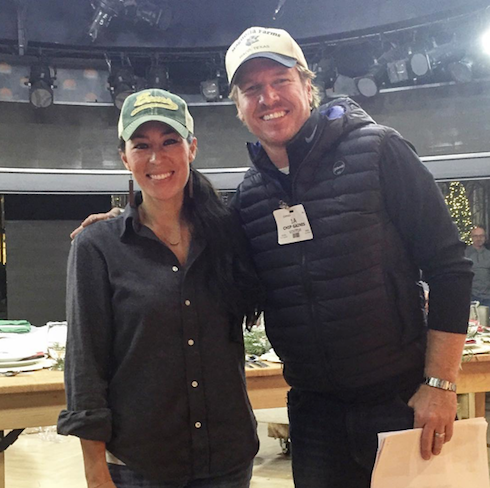 The first Fixer Upper controversy in the show’s four-year history continues to swell, as the head of Chip and Joanna Gaines’ church has addressed his remarks regarding homosexuality, gay marriage, and conversion therapy practices.

The controversy first erupted earlier this week, just as Fixer Upper Season 4 premiered on HGTV. A BuzzFeed article pointed out that the Gaineses belong to the Antioch Community Church in Waco, and that the church is headed by pastor Jimmy Seibert, whose remarks following the 2015 Supreme Court ruling that legalized same-sex marriage in all 50 states have since gone viral. Among other things, Seibert claimed that homosexuality is the result of sexual abuse during childhood, and advocated for conversion of homosexuals “back to Scripture.” (Click here for Seibert’s full remarks, and to see a video of Seibert interviewing Chip and Joanna at the church.)

While the article did not allege that Chip and Joanna agree with their pastor’s teachings to the letter, HGTV issued a statement shortly after its publication. The network stressed its acceptance of the LGBT community, saying it is “proud to have a crystal clear, consistent record of including people from all walks of life in its series.”

Additionally, Chipper Gaines offered his first comment on the matter. While he didn’t address the BuzzFeed article specifically, he tweeted out a series of messages that referenced “all hell appearing to break loose” and that ended with the straightforward declaration “Do everything in love.” 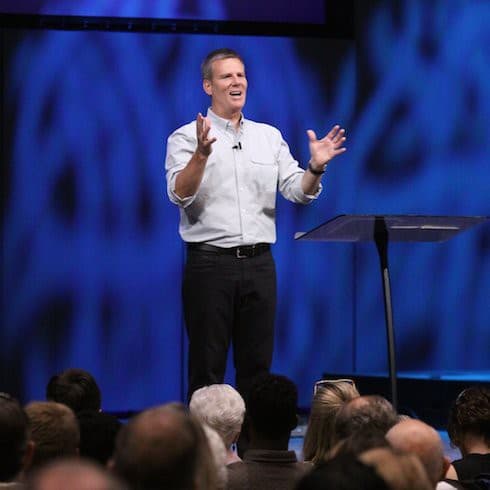 Now, in a brand-new interview with conservative columnist Todd Starnes, Seibert has spoken out for the first time, sharing some of his thoughts on himself, his church, and the Gaines’ membership. When asked whether Antioch Community Church is anti-gay, Seibert responded “Absolutely not. We are not only not anti-gay, but we are pro-helping people in their journey to find out who God is and who He has made them to be.”

Seibert went on to explain that “[The church’s] definition is not the definition we made up. It’s straight from the Scripture. One man, one woman for life. That’s how God created us. That’s what he has for us….People don’t know what the Bible says anymore on issues of sexuality. People don’t know what God says on homosexuality or any other issue. I felt the need to say we are all a mess – but the fixed points were set by God–not us.”

As for the Gaineses, Seibert called them “tremendous people with tremendous values,” said he’s “known them for many, many years,” and added that “This is who they have always been.”

In addition to his earlier tweets, Chip has taken to the social media platform with a series of related messages since the Fixer Upper controversy emerged. He tried to keep matters light with a little perspective…

Morning counseling with the girls.. they seem to think everything is going to be ok. #farmLife pic.twitter.com/IOeY2iYFxP

…called for respect from all parties…

Regardless of our decision to make a statement about all this craziness, or not, I ask that people please! respect @KateAurthur & @ginamei

…and reminded his followers where they can find the Gaines family on Sunday mornings:

In times of trouble.. you'll find the gaines family at church.