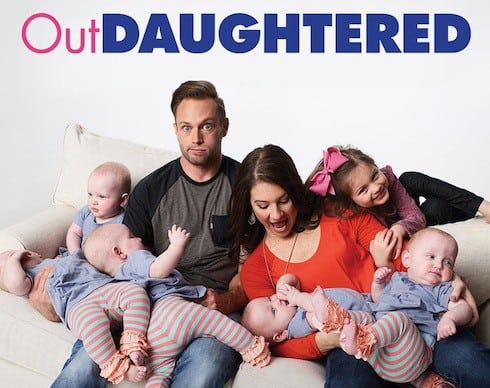 The Busby family of Outdaughtered fame has always been forthcoming about how they managed to concieve quintuplets, but reality TV’s endless “Is it fake” drama has caught up with the show (in an admittedly minor way). In Touch is reporting that there’s a controversy brewing among the show’s fans as to whether or not the Busbys actually employ an off-camera nanny to keep things tidy for the cameras.

According to their take, “eagle-eyed OutDaughtered fans have pointed out that the house is always spotless” (and that Danielle Busby always looks great, though that’s probably a product of the cameras being on more than it is any extra time a nanny might have freed up for her). Furthermore, the women who’ve appeared on-camera and helping out around the house are always referred to as “a close family friend.”

Oh the joy of cleaning up after feeding quintuplets …??‍♀️ Both the babies and the high chairs need baths ??‍♀️? #feedingtime #nottoobadtoday #momlife #itsabuzzworld

But do the Busbys from Outdaughtered have a nanny? Some of the alleged evidence against the family comes from the message board DC Urban Mom, which has a nanny-specific forum and a ten-page thread devoted to the Busbys. Unsurprisingly, some of the parents on the board are less than thrilled with what they say is deception on TLC and the Busbys’ part. In one part of the conversation, a commenter suggests that Adam and Danielle never seem fazed by their kids’ crying because “they know the nanny will take care of it”:

In another, a commenter suggests that the family used to have a nanny, but let the woman go in favor of a “part-time / occasional babysitter.”

Both the DC Urban Mom thread and In Touch’s article refer to a nanny group on Facebook where at least two women–”the old nanny and the new nanny,” according to an In Touch quote–claim to be associated with the show. We gave up on trying to find the specific group after a quick glance at the first page of search results, but you should feel free to dive in if you’re curious and don’t have much to do for the rest of the month.

That said, if the Busbys do or did have a nanny, it seems as ridiculous for TLC to try and disguise the fact as it does for the family to go along with it. Cleaning up after one child with minimal help from grandparents is a gigantic enough task; there’s certainly no shame in putting the truly disgusting aftermath of six on air.

(Photo credits: Do the Busbys from Outdaughtered have a nanny via TLC, Instagram)