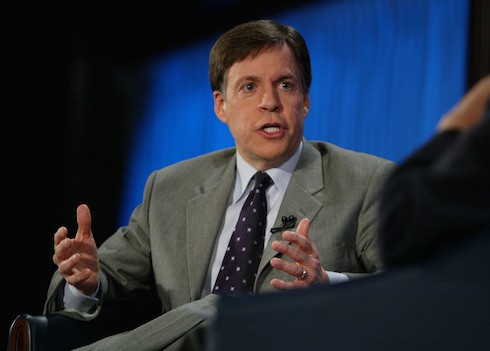 Legendary sportscaster Bob Costas, a veteran of major sporting events for over thirty years, has come down hard against ESPN’s decision to give the Arthur Ashe Courage Award to Caitlyn Jenner at next month’s ESPYs.

Bob Costas spoke on The Dan Patrick Show, and called ESPN’s move “a crass exploitation play.” His comments were not directed against Caitlyn Jenner herself, but against ESPN’s motives in selecting Jenner for such a high-profile award (and awards show).

It strikes me that awarding the Arthur Ashe Award to Caitlyn Jenner is just a crass exploitation play–it’s a tabloid play. In the broad world of sports, I’m pretty sure they could’ve found someone – and this is not anything against Caitlyn Jenner–who was much closer actively involved in sports, who would’ve been deserving of what that award represents. That’s not to say it doesn’t take some measure of personal courage to do what Caitlyn Jenner has done.

Bruce Jenner won the Olympic gold medal for the decathlon in 1976. Since ESPN announced that Jenner would recieve the award, the network has come under a fair amount of criticism for both including Jenner and overlooking other potential recipients. Iraq War veteran and double-amputee Noah Galloway became something of a cause célebre when Jenner was selected, as did cancer-stricken college basketball player Lauren Hill.

Costas also acknowledged the other potential recipients as part of his interview with Patrick:

I think every year we look across the landscape of sports, and we find prominent people and kids in high school and amateur athletes who I think more closely fit the description of what they’re looking for or should be looking for there. And I think this is a play to pump up audience[s] the way lots of things are put on television, to attract eyeballs, not because of the validity, but because of whatever the kind of gawker factor is.

ESPN will air the ESPY awards on July 15th. They’re expected to be Caitlyn Jenner’s first public appearance since presenting herself as a woman on the cover of this month’s Vanity Fair.