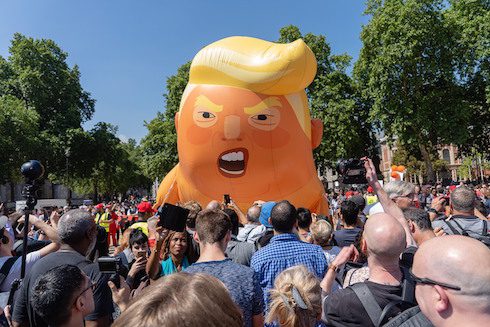 Witness the now world-famous giant Donald Trump balloon baby in action earlier today. Trump’s first official visit to the UK — announced last year, then postponed indefinitely when it became clear that most Britons were not super-enthused by the idea — kicked off this weekend, and was met by a massive counter-protest in London. Trump won’t be spending much time in London, but the Trump balloon baby (also referred to in the UK press as a “Trump balloon blimp”) has already gotten most of the attention.

Per the Trump Baby Crowdfunder page, the official objective was to “make [a] six-meter high orange, inflatable baby with a malevolent face and tiny hands fly over central London during Trump’s UK visit.” The folks behind the idea raised a little less than £32,000 pounds (as of this writing, $42,174.26 US), and, true to their word, constructed “a big, angry baby with a fragile ego and tiny hands” in helpful balloon form, the better “to make sure he knows that all of Britain is looking down on him and laughing at him” during Trump’s visit.

Sky News reported that the Donald Trump balloon baby floated 98 feet above the protesters for two hours this morning. Here it is in action: 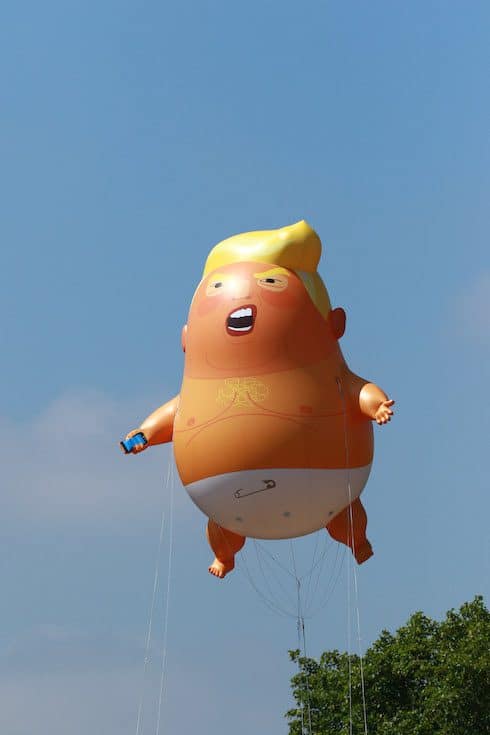 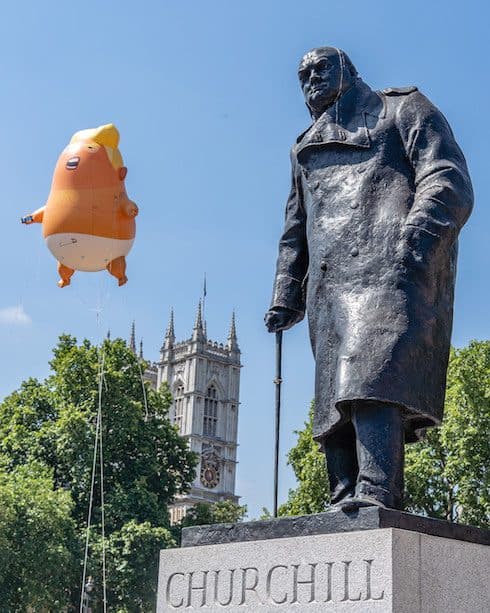 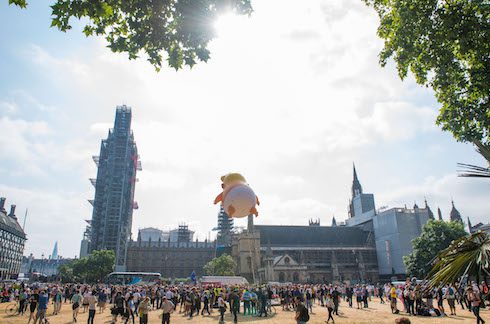 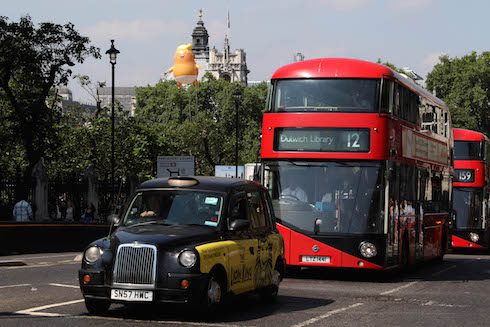 As an effigy, it gets the job done. If anything, though, this particular Trump blimp may actually go a bit easy on the original. As Celebitchy pointed out, “The blimp is good, but honestly…it actually flatters him a little bit? [Trump’s] skin’s not that tight and he’s actually a lot more orange than that.” Upon closer inspection, the issue is the baby metaphor itself: a better visual representation of Donald Trump would be a blob of cheese, drooping over the edge of its bowl as it cools to room temperature.

The balloon also got up close and personal with the crowd, estimated by the Evening Standard at approximately 250,000 people: 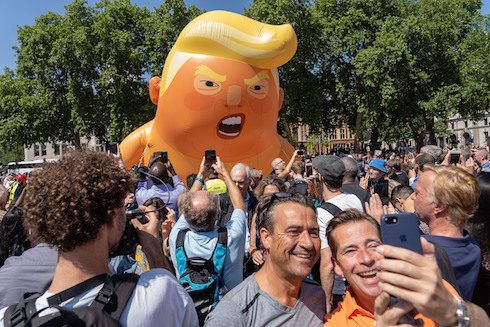 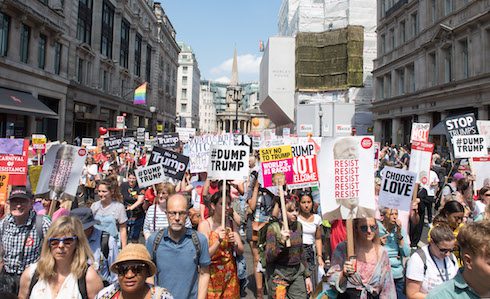 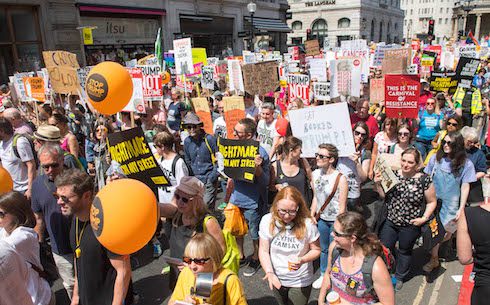 A spokesperson for London mayor Sadiq Khan, long a Trump critic, called the balloon a “peaceful protest” in granting permission for the balloon to fly several days ago. Though it wasn’t part of the official requirements, there were several babysitters on hand to help keep things civil: 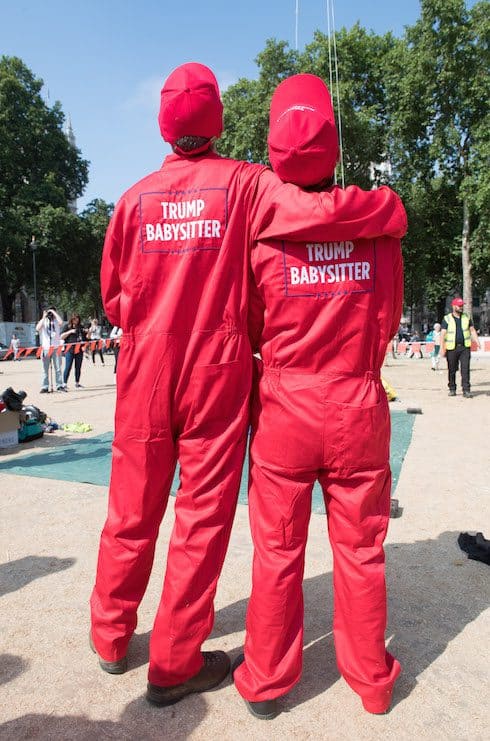 As for Trump himself, he addressed the new most famous balloon in the world in an interview with UK tabloid The Sun the day before his visit. “I guess when they put out blimps to make me feel unwelcome,” he said, “[there’s] no reason for me to go to London….When they make you feel unwelcome, why would I stay there? And when I say that I am talking about government because the ­people of the UK agree with me.”

In the words the Arrested Development narrator: they don’t. According to CBS News, a recent British poll found that 11% of Britons consider Donald Trump either a “great” or “good president”; 67% of those polled called him either a “terrible president” or a “poor” one.

Of course, this is also hardly the first time that Donald Trump has been protested in the UK via balloon. As we wrote about at the time, the first such occurrence came in the spring of 2012, when a man protesting Trump’s golf course development and its interference with an offshore wind farm rubbed a balloon against Trump’s head, messing up his hair.

The message on that (normal-sized) balloon read “Wind Power, Not Wind Bags.”