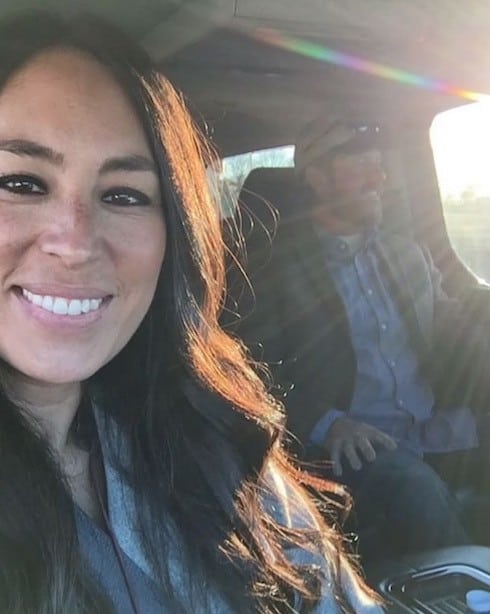 The fourth season of HGTV powerhouse Fixer Upper–also the show’s most successful–comes to a close tonight with a nod to Joanna and Chip’s next big project. The duo recently announced Fixer Upper: Behind the Design, a brand-new spinoff featuring “an in-depth look” at Joanna’s creative process and the design choices she makes for each new Fixer Upper home.

The network’s push makes it clear that Behind the Design isn’t just for Fixer Upper die-hards; rather, it’s an effort to focus more specifically on the little details that go into crafting a house, instead of just the broad strokes of a top-to-bottom demo and reno. It’s the “perfect series,” the network promises, “for viewers who want to know how Joanna Gaines creates her signature home designs and how it all comes together so perfectly—shiplap and all.”

So, other than a brand-new batch of episodes of their first show and a whole new show, what are Chip and Joanna up to? Just being lovey-dovey, as usual:

You're my cup of tea @joannagaines! All new episode of #fixerupper tonight at 9/8p CT on HGTV. #season5iscoming ?: @matsumoto818

No WiFi, lots of sand & sun, finishing a couple of good books, staying up and playing Spades w/friends too late, daydreaming about new ideas, this car, and sweet face to face time with our four favorite little people… Mexico, you were good to us! #familyvacay

15 years ago this was one of our first flips we took on together as a couple. Flipping homes became our business and passion- there's just something about breathing new life into these homes… This week's episode we get to flip a house on #fixerupper – we loved getting to go down memory lane! Only TWO episodes left for the season. Watch Tuesday night 9/8c @hgtv

No word yet on the “New Year’s revelation” that Chip promised at the outset of 2017, back when he and Joanna were embroiled in a mini-scandal involving their Waco pastor’s anti-gay views. Rumors that Fixer Upper will begin to change direction with Season 5 and focus more on families in need have yet to be confirmed–but we’re only eight-ish months away from the premiere.

Who all has Taylor Swift dated? Her relationship history timeline