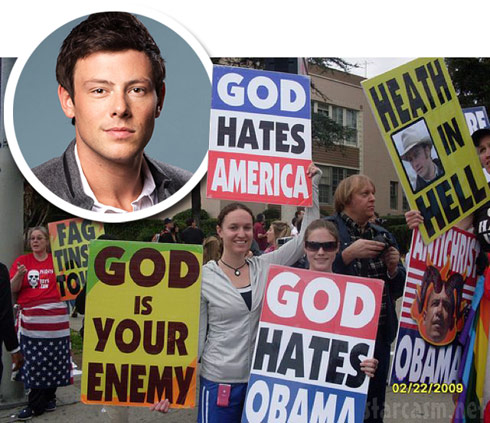 Following Cory Monteith’s death this weekend, members of the hateful Westboro Baptist Church announced they plan to picket his funeral.

In language not suitable for any kind of publication, the group declared on Twitter that Monteith taught millions to sin and “Hell won’t be gleeful.” WBC then took their insensitivity to the next level by tweeting directly at Lea Michele and further mocking her boyfriend’s “well-deserved demise.”

Ironically, younger members of the family-run church may be privately mourning the death of the Glee star: Back in 2011, one picketer was photographed wearing a Glee shirt. (She claimed ignorance, but we can all bet she’s a Gleek behind Papa Fred Phelps’ back.) 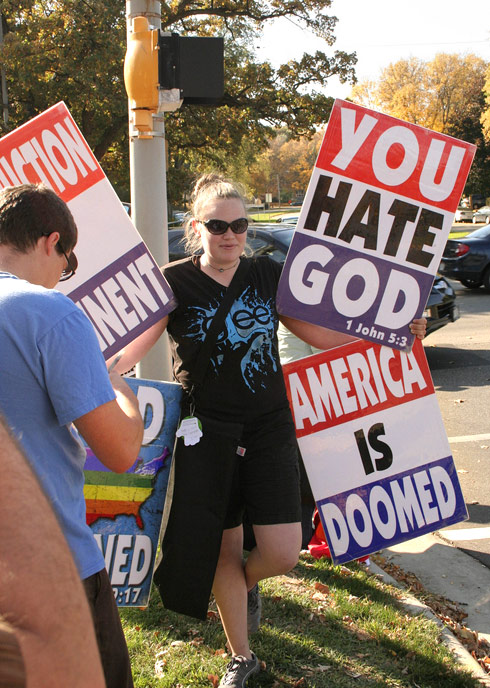 Although members of the WBC are granted the freedom to spew their absurd beliefs in this country, Monteith was born and raised in Canada. Attempting to cross the border for the purpose of protesting may be blocked, as was the case in 2008 when they tried to picket the funeral of a 22-year-old who was murdered on a Greyhound bus. After catching wind of those plans, the Canadian Border Patrol temporarily barred entrance into the country for anyone who was carrying signs or fliers with the WBC’s homophobic messages.

The church responded to the obstacle potentially blocking them from Monteith’s funeral by tweeting “Canadian borders are worthless when God has words for you.” Because that totally makes sense, guys.

The WBC’s lifeblood is the attention they receive from picketing the funerals of soldiers, children and any other public figures deemed a “sinner.” To them, Monteith’s death is yet another opportunity to capitalize on tragedy…

But, to us, it should be another reminder of how much good there still is in the world: When WBC does show up to picket funerals, members of the Patriot Guard Riders build a human wall between the detestable protesters and mourners.

In the words of Mr. Rogers, “When I was a boy and I would see scary things in the news, my mother would say to me, ‘Look for the helpers. You will always find people who are helping.'”