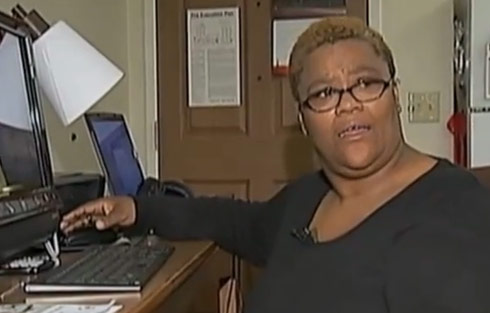 Anna Lamb-Creasey from Clayton County, Georgia is outraged after she discovered that her son had died via a mysterious Facebook message from the police.

During Anna’s search for her son Rickie Lamb, the distraught mother discovered a message via Facebook sent from an account that went by the name of Misty Hancock with an image of the rapper T.I. as the profile picture. The message read, “Anna, this is Lt. Schindler with the Clayton County Police Dept. It is important that I speak with you immediately. ” She initially ignored the message assuming it was some kind of scam. When she spoke with Atlanta’s WSBTV she said, “Misty Hancock, and I’m like who is a Misty Hancock? That sounds like a stripper’s name or something.”

She was also thrown off by the fact that messages not from friends appear under the “other” category via the social media site’s set-up.

On Valentine’s Day, Lamb-Creasey’s daughter called the number and it was only then that the family was informed that Ricky had died after being struck by an automobile on January 22.

It turns out that this mystery account had been used in previous undercover operations. A spokesperson for the Clayton County Police Department stated they had made several attempts to get in contact with the family but were unsuccessful. At the time they had no official Facebook account so they made the decision to use the alias “Misty Hancock” Facebook account in an attempt to make contact.

Even son, Lamb-Creasey wasn’t convinced that the authorities tried very hard to get a hold of her.

“They told me that they did the best that they can do. But I’m not sure about that. (Because) if they can track a criminal down, they couldn’t track me down? They could have done better. I’ve been on my job 13 years. They could have found me.”

In response to some of the criticisms received since this story hit the internet, Clayton County Sheriff Chief Greg Porter has instructed his staff to create an official Facebook page.