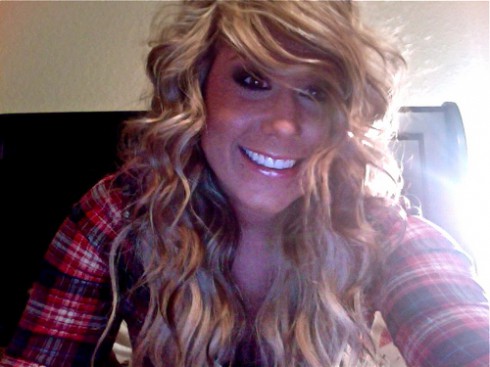 Here at Starcasm we’re patently aware that Teen Mom is taking over the reality universe (did you see Maci representin’ in the clip aired during the Emmy Awards?!?), and as part of the takeover one of the stars has set a popular new fashion trend. No, it’s not Gary Shirley’s Belden Lineman Camp t-shirt, it’s Chelsea Houska’s impeccable hair!

Our girl Chelsea is like the new Jennifer Aniston. I mean, how many young ladies have went to the local salon and said, “I would like a Houska please,” only to have their hairdresser look at ’em like they’re crazy? Well fear not ladies, the following video clip put together by Steph with CityAndMakeup shows you how to do it yourself. I know the clip has been out there a while, but hey, it’s had over 70,000 views already so this look is obviously in demand!

Man, that’s a lot more complicated than the hat I put on each morning! Sheeeesh. Since I am a dude and most of that stuff was something similar to a foreign language, I thought I’d just do an image of the steps that Steph took to get her Houska on.

(Maybe there is something to the “it’s hard work being a lady” thing after all!)

Now you know! I wonder if Chelsea thinks Steph got it right 🙂