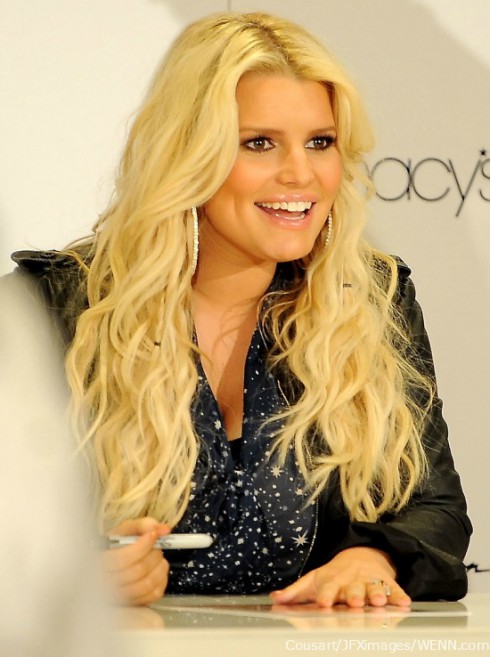 Following the birth of her daughter Maxwell Drew last May, Jessica Simpson dove straight into Weight Watchers. Within four months, she lost more than 50 pounds and was on track to reach her body goals. Then, in what Simpson called “kind of like a one-night-stand,” she got pregnant again. But, this time, she is commited to having a healthier pregnancy.

“The last time I kind of ate everything in sight,” Simpson told Jay Leno during a recent episode of The Tonight Show. “I was really happy to be pregnant and I didn’t just ever step on a scale.”

As a result, Simpson gained a significant amount of weight.

“A lot more than probably doctors would recommend,” she said. “I really didn’t make any healthy, good decisions.”

In fact, the American Pregnancy Association has the following weight-grain recommendations for pregnant women:

Based on Simpson’s admission that she lost 50 pounds after her pregnancy and that she still wasn’t at her goal weight, it seems that she did gain more than recommended. This may have put her at risk for gestational diabetes, backaches, leg pain, increased fatigue, varicose veins, increased risk of cesarean delivery and high blood pressure.

Fortunately, it sounds like Simpson learned from the experience and plans to approach her diet and workout routine differently this time around.

See Part I of The Tonight Show interview here: