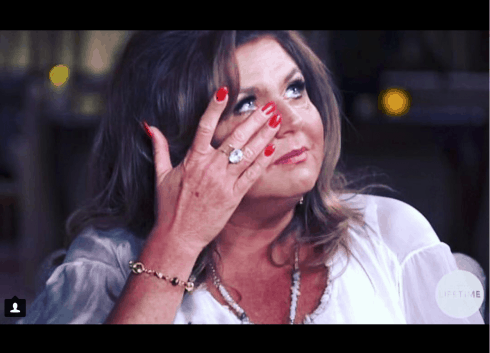 Tuesday Abby Lee Miller underwent emergency surgery to treat what doctors at the time thought was an infection. Now her doctor confirms that preliminary results reveal the Dance Moms star’s life-threatening symptoms are a result of cancer. Dr. Hooman M. Melamed confirmed to People that Miller has non-Hodgkin’s lymphoma.

Melamed, who is an orthopedic spine surgeon at Cedar Sinai Marina Del Rey, says that they’re getting an oncologist involved and he feels it’s “more than likely” that Miller will undergo chemotherapy or radiation to treat her lymphoma.

Miller had been hospitalized for a few days before her health deteriorated to the point where emergency surgery was needed. She had initially sought help from the emergency room because she was experiencing extreme neck pain. Dr Melamed says her pain and weakness got rapidly got worse after she was checked into the hospital. Within a 24-hour span she was paralyzed from the neck down according to the doctor.

Her rep’s statement was that the non-Hodgkin’s lymphoma is a “preliminary diagnosis pending pathology and oncology results.”