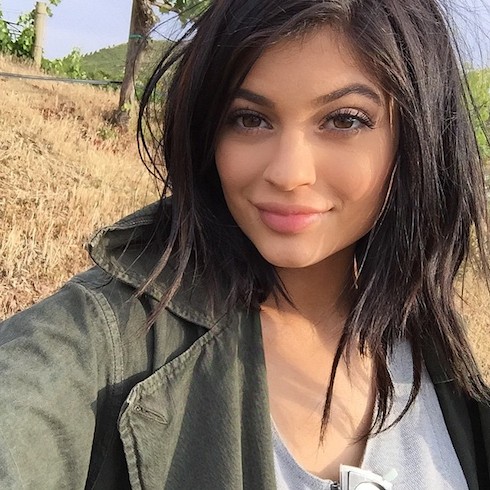 A couple of days ago, Kylie Jenner shared a behind-the-scenes shot of her prep for the Billboard Music Awards. And it’s behind-the-scenes in more than one sense of the term: not only is it prep, it features Kylie not quite fully dressed. Here’s the innocent image:

Of course, Kylie would go on to shock most people who watched the awards show with the waist-cinching belt she wore to accompany her sleek dress. But, because the internet is the internet, Kylie first found her Instagram account flooded with people who had derogatory remarks for her hips and thighs in the pre-show photograph.

It should also be pointed out that, because the internet is the internet (and because Kylie has 23 million Instagram followers), she had her fair share of defenders, too. And Kylie herself acknowledged the torrent of body-shaming in the comment thread–she edited the photo caption to read “Yes, I gained weight there I said it so u don’t have too :)”

Not long after making that adjustment, though, Kylie deleted it–as if to say that she doesn’t need to worry about people who want to bring her down. (Again: having millions of fans-slash-defenders doesn’t hurt, either.)

It’s also important to remember two things about Kylie Jenner and body image. The first is that KJ isn’t shy to talk about her appearance. It wasn’t long ago that she openly acknowledged her weight gain. People might have forgotten about it because she insisted that she isn’t materialistic at the same time, and those particular comments drew ridicule from all corners.

The second is that, if the outpouring of support for My Big Fat Fabulous Life star Whitney Thore’s comments on sexism and body image are any indication, perceptions of both topics are changing, and changing fast. Thanks to the internet being what it is, comments like the ones Kylie faced are more likely to be both heard and dealt with than ever before.