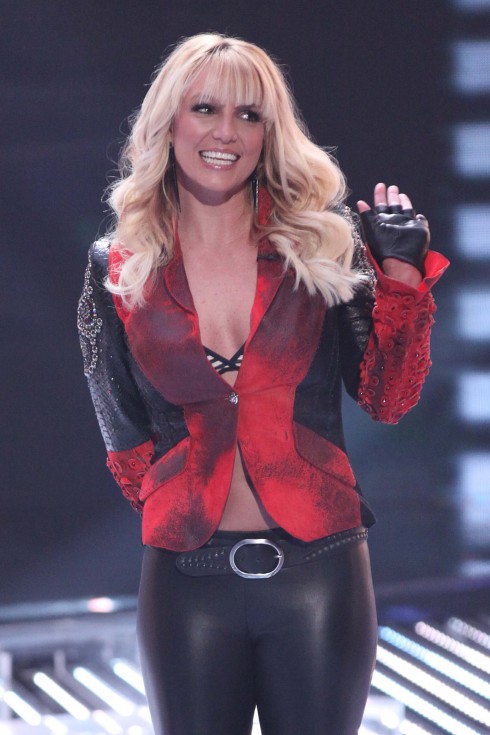 It seems every other day there is a new headline declaring Britney Spears’ rumored Las Vegas show is either not going to happen or that it’s back on again. The latest headline seems a bit more than a rumor as Britney’s manager Larry Rudolph said earlier today that the pop star is indeed Vegas bound!

Rudolph visited the set of Extra where he revealed that Britney’s show is all set, they just need to decide between two casinos. Once Britney’s team makes the decision on the venue, then it’s a done deal! Well, pretty much.

“We are in deep negotiations and I’d be shocked if it didn’t happen,” Rudolph says. “Hoping to have a deal done very soon.”

On February 3, Britney’s dog Hannah sort of confirmed the news when she asked, “Mommy, are dogs allowed to gamble in vegas? Gonna cash all my bones in for chips.” Britney’s response? “I don’t think so honey #VivaLasVegas :).”

While Larry doesn’t reveal which two hotels were in the running, he does say that one of them is part of the Caesars Group. Unfortunately, that does really narrow it down much. Caesars owns over ten casinos in Sin City including Harrah’s, Bally’s, Caesar’s Palace, Planet Hollywood, and the Paris Las Vegas — any one of which would be more than capable of holding Britney’s super show.

Headlining Vegas shows are becoming more and more popular with hot, young Hollywood. In the last couple of years, Kelly Monaco, Holly Madison, and DJ Pauly D all had shows in a town that was once know for their older (we say lovingly) acts such as Wayne Newton, Bette Midler, and The Osmonds.