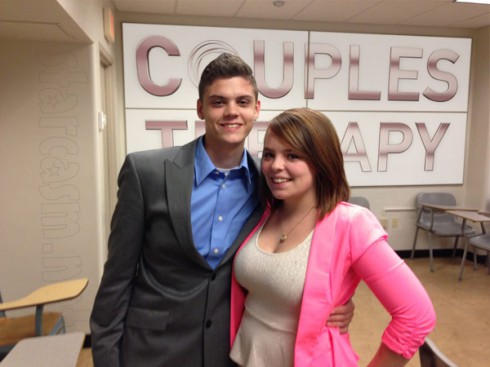 It’s been almost a month and a half since it was revealed former Teen Mom stars Catelynn Lowell and Tyler Baltierra would be appearing on the third season of VH1’s Couples Therapy alongside other celebs including Flavor Flav, actress Temple Poteat, and “Girls Gone Wild” founder Joe Francis. The show finished filming the first week of April (judging from the cast members’ tweets) and since then we’ve anxiously been awaiting the announcement of when the new season will be premiering — which just happened in a press release from VH1!

UPDATE – The Couples Therapy Season 3 premiere has been moved up a week from June 19 to June 12! (The correction has been made in the press release below)

From the producers of “Celebrity Rehab with Dr. Drew,” “VH1 Couples Therapy” is the first reality show to examine first-hand the real life experiences of a group of buzzed-about couples. For some of these couples, living under constant scrutiny from the media and fans makes it increasingly hard for them to stay together and VH1 wants to see why they can’t seem to go the distance. These five couples, at a crossroads in their relationships, will join together for over 2 weeks as they undergo intensive relationship therapy. Under the guidance of Dr. Jenn Berman, a nationally renowned relationship therapist, the couples will participate in group and individual therapy along with relationship exercises out in the “real world” to see if they can rekindle the love they used to have for one another — or if it’s simply time for them to move on. Season 3 couples include: Joe Francis & Abby Wilson, Flavor Flav & Elizabeth Trujillo, Chingy & Temple Poteat, Dustin Zito & Heather Marter and Caitlin Lowell & Tyler Baltierra will all take a seat on Dr. Jenn Berman’s couch. “VH1 Couples Therapy” is set to premiere Wednesday, June 12 at 10pm* with 8, 1-hour episodes.

Since the announcement, Catelynn, Tyler, and show host Dr. Jenn Berman have been exchanging excited tweets, including an interaction which reveals Tyler is currently working on a book, which he describes as “pretty dark.” (Given the Tyler is a HUGE Batman fan, perhaps he could call his book Tyler Baltierra: The Pretty Dark Knight.) 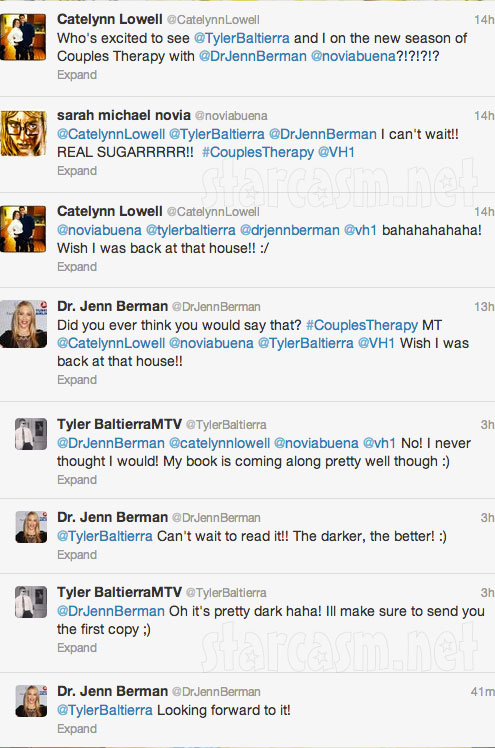 Anyone familiar with Tyler’s story knows that he came from a very difficult family environment and really seemed to break the cycle by rising above it — alongside Catelynn. No doubt his story will be an amazing one – especially if he gives us more insight into what went on early in his childhood.

And in case you were wondering why Catelynn and Tyler went on Couples Therapy, Catelynn addressed that question on Twitter by stating “Well we just wanna make sure if we r to young or not to get married that’s all.”

The timing couldn’t be more perfect because Catelynn and Tyler are planning on getting married on July 13! That is also perfect because it will mean Couples Therapy will still be airing when they have the wedding. Could we be seeing a VH1 Catelynn Lowell and Tyler Baltierra Wedding Special?!? Stay tuned 🙂