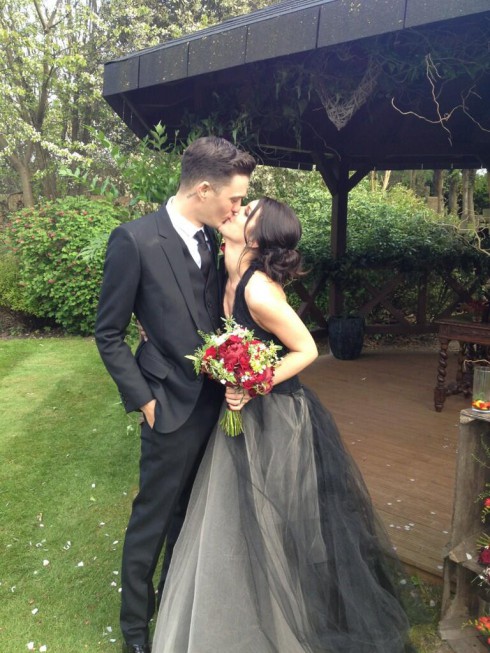 Here comes the Grimes,
all dressed in… black?

Shenae Grimes is a married woman! The 90210 actress who plays Annie Wilson tied the knot with fiancé Josh Beech earlier today in a small ceremony outside of London — just one year after they first started dating.

“I now pronounce us Mr. and Mrs. Beech! Ahhh! Xx @IamJoshBeech,” 23-year-old Shenae tweeted earlier today along with a photo of their first kiss as a married couple. Husband Josh also tweeted about their nuptials, telling fans that it was a “huge day.”

Shenae and Josh began dating in the spring of last year and got engaged in December. “I’m a very happy lady indeed,” Shenae wrote on her blog at the time of the proposal. “We plan to keep our special day very private and we hope everyone can respect that. Thanks for the love, right back atcha!” 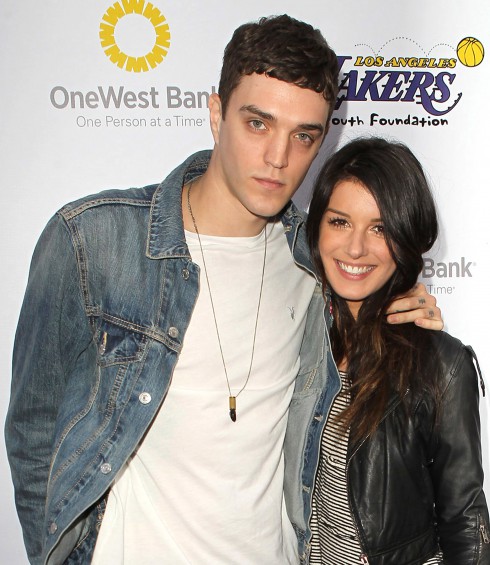 With the end of 90210 coming in just days, Shenae is excited to begin exploring other career opportunities. “I’m going to delve into things I’ve been kind of exploring for the past couple of years in the fashion world,” she said. “I’m going to do that more heavily. And [Josh and I] really want to collaborate on more things in the future. We’re starting to plant those seeds now.”

As for Josh, he’s busy with his clothing line Cut & Run London and his band Beech has just released a new EP titled We Are The Masters Of Our Fate.

Avril Lavigne also tied the knot in black, and Sarah Jessica Parker, always a trendsetter, wore a black dress on her wedding day 16 years ago.

Did Blake Lively and Ryan Reynolds get married in Charleston, S.C. this weekend?