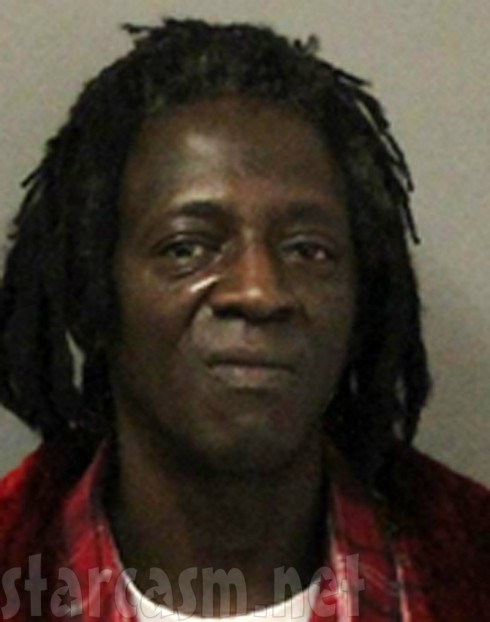 Despite his trademark oversized clock necklaces, Flavor Flav was running so late to his mother’s funeral that he apparently felt the need to go 79 miles per hour in a 55 mph zone.

After getting clocked going 24 mph faster than the sleep limit, Flav was pulled over on Thursday morning in Hempstead, New York. After a quick history search, the officer discovered 16 active suspensions on Flav’s license. Flav was also found to have a small amount of marijuana.

The reality star was arrested under his legal name, William Drayton. He was booked at the police station and charged with felony aggravated unlicensed operation of a vehicle. He was allowed to post bail.

“Mr. Drayton was released on an appearance ticket in order to allow him to attend his mother’s funeral,” said a state police spokesman.

Long Island’s Newsday reports felony offenders are generally detained until arraignment. Under the advice of the Nassau assistant district attorney, local police made an exception so Flav could attend his mother’s funeral.

“He did all the right things and we tried to accommodate him,” said the state police spokesman, adding Flav was ordered to appear at the Nassau County First District Court in Hempstead on Jan. 28.

Flav previously opened up about his mom’s passing on Dec. 31, saying on Twitter, “I just lost my mother Anna Drayton this morning… I’m gonna miss her. She lived good a good life.”