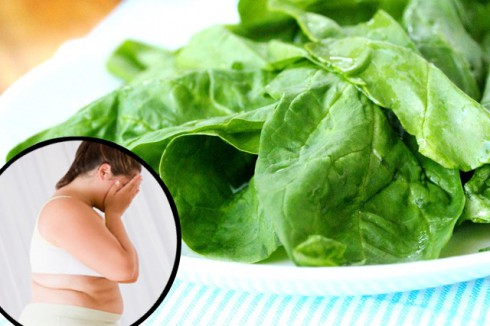 Teenagers who previously qualified as medically overweight or obese are more likely to develop anorexia nervosa, new research found. Because of these teenagers’ weight histories, they are also less likely to get treatment for their eating disorders.

“They come in with the same fear of fat, drive for thinness, and excessive exercise drive as kids who would typically have met an anorexia nervosa diagnosis. But because they are at or a even a little bit above their normal body weight, no one thinks about that,” said Jennifer Hagman, medical director of the eating disorders program at Children’s Hospital Colorado. She wasn’t involved with the research, but told USA Today that she wasn’t surprised by the findings.

The research was conducted by Leslie Sim, clinical director of the eating disorders program at the Mayo Clinic in Minnesota. Sim and her team reviewed the cases of one 18-year-old girl and one 14-year-old boy who began to severely restricting their eating in attempts to lose weight. (Sim noted, “I’ve never seen an eating disorder that didn’t begin with a conscientious effort to diet.”)

Throughout two years of weight loss, both teenagers experienced negative symptoms that are commonly associated with eating disorders — including chest pains, cold intolerance and dizziness. However, physicians at their regular check-ups attributed the symptoms to less likely disorders.

Sim believes the doctors’ misdiagnoses were contributed to by the teens’ weight histories.

“When a child is obese and starts to lose weight, we think it’s a really great thing and we applaud it and reinforce it and say it’s so wonderful and now you’re healthy,” she said. “(They may actually be) very unhealthy, with many physical and psychological problems as a result of their behaviors. They are just not being identified because of their weight history.”

By publishing the results of her research in the October edition of Pediatrics medical journal, Sim hopes more doctors will be on the lookout for eating disorders symptoms — even if (or especially if) their teen patients were previously overweight.

This is especially important because overlooking clear signs of eating disorders may have deadly consequences: Eating disorders have the highest mortality rates of any mental health illnesses.

Lynn Grefe, president of the National Eating Disorders Association (NEDA), added families should make an effort to change the dialogue about losing weight.

Instead, people seeking to lose weight should focus on healthfulness rather than skinniness.