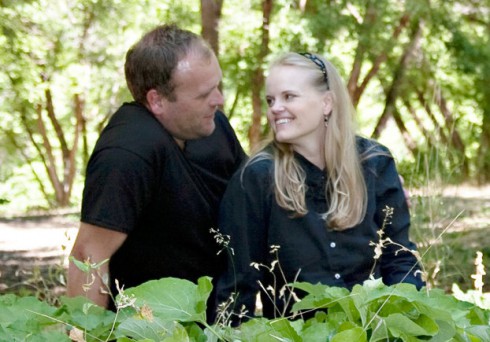 The latest TLC polygamy show My Five Wives features the Williams family, who still live the polygamist lifestyle event though they decided a decade ago the leave their polygamist church associated with AUB (Apostolic United Brethern, which is the umbrella under which the Sister Wives’ Brown family falls under.) Brady currently has 24 children with his five wives, but two of his wives are hoping to expand their family even further.

In the last episode, Nonie and Brady decided together to try for another baby, starting on their anniversary getaway. Nonie did not reveal their decision to try to the other wives because she feels that type of information throws her physical relationship with Brady in the faces of the others.

But Nonie’s not the only wife trying to expand their family. Brady and Rhonda are trying to adopt a child, but they are running into major roadblocks. Even though the Brown family successfully sued the state of Utah for them to legally allow cohabitation with multiple partners, the legal aspects of polygamist adoption are still hazy. Adoption agencies are not sure what exactly is legal, so they are putting the kibosh on Rhonda’s wishes to adopt. Rhonda is also worried about the family’s financial situation, but Brady wants her to quit her job if they are able to adopt a child. Rhonda does have an option to adopt by herself, but only if she ceases cohabiting with Brady.

To compound all these stresses, Rhonda fears she may have breast cancer. Her mother died from breast cancer, and Rhonda is currently monitoring herself because of her family history, and because she previously had a benign lump in her breast. On last week’s show, a tearful Rhonda revealed to Paulie that she’s experiencing symptoms she believes may be cancer symptoms, and in very scared for her health.

On top of all of this drama, Brady is trying to finish up his Philosophy degree, and the whole family is planning to move out of state soon. Right now it’s unclear if Nonie is expecting a baby, if Rhonda was able to move forward with her adoption dreams, and what her health status is. Hopefully the scare was really nothing.

UPDATE: Rhonda got a mammogram which revealed two masses in her right breast and a recommendation to get a ultrasound on that breast. There is still a chance that the masses are benign. Her doctor recommended also getting a biopsy to make sure.

UPDATE 2: On the finale Rhonda revealed to her family that the results of her ultrasound indicate that the masses on her breast are benign. She still has to get a biopsy to make sure, but thankfully it looks like she’s in the clear.