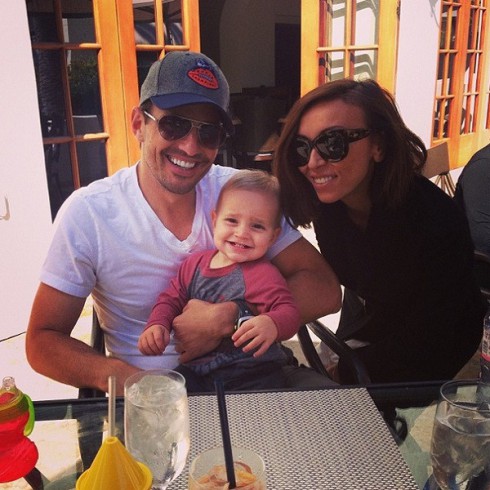 Bill and Giuliana Rancic’s happiness upon learning their gestational surrogate was successfully carrying another baby for them was recently dashed when the woman miscarried at nine weeks along.

“Unfortunately our surrogate Delphine who we love very much had a miscarriage. It’s something that we didn’t see coming. We were devastated,” Bill told People. “She was about nine weeks pregnant.”

Bill said he and Giuliana learned to keep “pregnancy news tight to the vest” after she suffered her own miscarriage a few years ago. However, with a few weeks to go until “the safe zone,” they were beginning to get excited.

Bill said they also feel for the surrogate, whom they’ve come to regard as family since she carried son Duke in 2012.

“Delphine is amazing. We hit the surrogate lottery when we met her. Obviously this was no fault of hers,” Bill said. “It’s a double sadness because we didn’t want her to feel bad. And Giuliana was rather distraught at first, but she’s tough. In times like this we rely on our faith. Once the tears went away we started to look towards the future.”

The future, they hope, involves one more try.

“We’re fighters. Hopefully we’re going to have good news and Delphine will be on board one more time. We’ve had to battle it out and that’s something that we’re going to continue to do.”

The parents will get the miscarriage news on Tuesday’s season finale of Giuliana & Bill. It airs on E! at 8/7c.