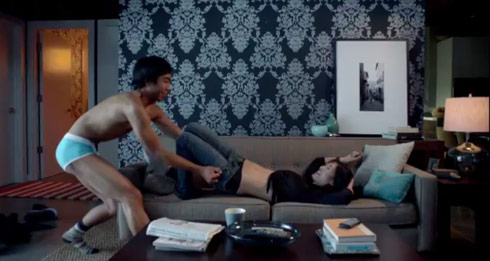 The CDC has recently released a report based on a survey of thousands of young teenage mothers who had unplanned pregnancies in the U.S. While the pregnancy rate among teenagers is falling we still have the highest rate among all developed countries. Some of the findings in this report highlight probable reasons why.

This particular research is important because it’s the first major survey to focus on teens who didn’t want to get pregnant but did.

One of the questions posed to teen mothers in this survey that was conducted from 2004-2008 was:

Can having unprotected sex increase a woman’s chances of becoming pregnant?

For most of us the answer to that question would seem obvious but of the nearly 5,000 moms polled, 1 in 6 stated that they simply believed they couldn’t get pregnant. Here’s how those numbers shake down.

Half of those surveyed stated that they were not using any form of birth control when they got pregnant. Of this half, 31% stated that they did not believe they could get pregnant at the time. According to the CDC these findings make it apparent that:

“To decrease teen birth rates, teens need factual information about the conditions under which pregnancy can occur, along with public health efforts aimed at reducing or delaying teens’ sexual activities.”

Bill Albert, a spokesman for the Washington, D.C.-based National Campaign to Prevent Teen and Unplanned Pregnancy was more succinct in his evaluation. “This report underscores how much misperception, ambivalence and magical thinking put teens at risk for unintended pregnancy.”

The recent soundtrack for MTV’s hit show Teen Mom is having its proceeds donated to the campaign and this group has been a huge supporter of Teen Mom, Teen Mom 2 and 16 & Pregnant. Albert has been quoted as saying of the MTV franchise:

“This might be the best teen pregnancy public service announcement ever made.”

Is spite of the fact that many young mothers out there simply believed for whatever reason that they magically were incapable of getting pregnant Albert is still encouraged by the declining overall birth rate among teenagers. He said, “It would be a mistake to come away from the report saying, ‘They can’t figure this out?.’ Most of them are figuring it out.”

Why Catelynn Lowell and Tyler Baltierra did Couples Therapy… according to Butch?!?

Leah Messer opens up about custody, in the process of fighting back