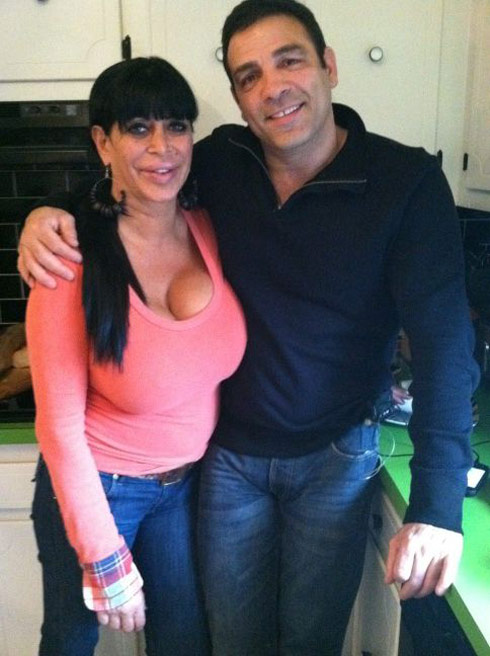 We’re all about the surreal world of reality TV and one of our favorite parts is when a seemingly ancillary character winds up stealing the spotlight and the hearts of the fan base of a show. The latest greatest example of this phenomenon is Angela “Big Ang” Raiola of Mob Wives.

Folks just can’t seem to get enough of the bigger than life lady with bigger than life lips and lady lumps. Her laughter is infectious as her gravely voiced commentaries have often become highlights of the 2nd season of the hit show. Big Ang’s Twitter page reflects the big love that people have for her time and time again. She retweets just about everybody and it’s peppered with all kings of Raiola smittenness.

Here’s a few examples that were all retweeted by Anglea in the hour leading up to this post: 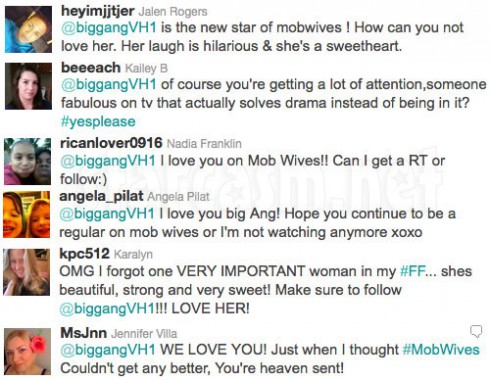 That is some serious big-adoration but when you’re a burgeoning star like Miss Raiola things go next level and a couple of hard core fans have taken the big step of having Angela permanently tattooed on their body. Here is the first example:

“My biggest fan walked into the Drunken Monkey 1205 Forest Ave (My Bar) with my portrait tattooed on his body.” – Big Ang 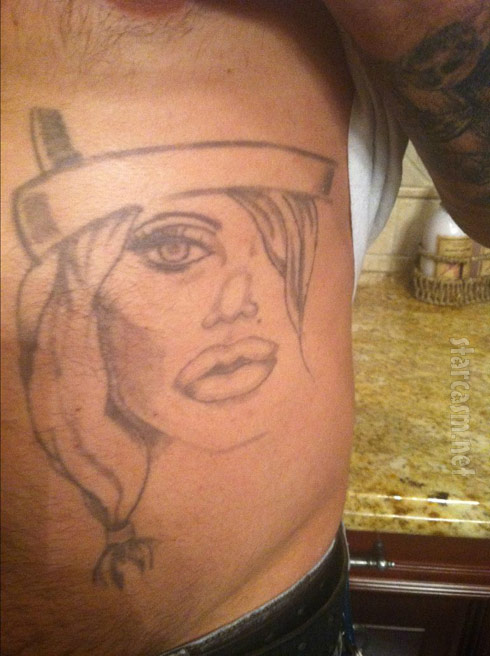 I’m guessing he didn’t have to pay for his drinks that day! That pic was posted a while back but Angela might have to reconsider her “biggest fan” comment after the following ink hit her page recently: 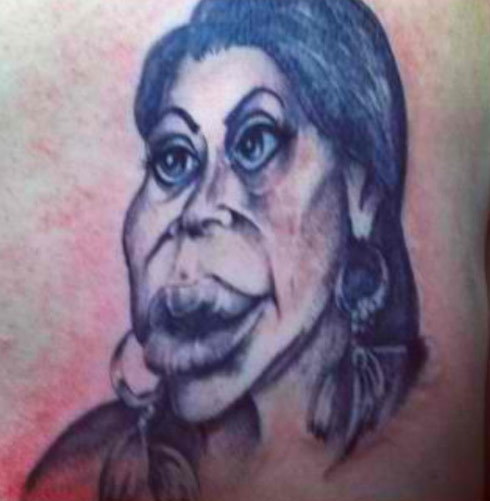 All of this is building up my courage to get a Real Housewives of Miami Mama Elsa tat! Who’s with me?