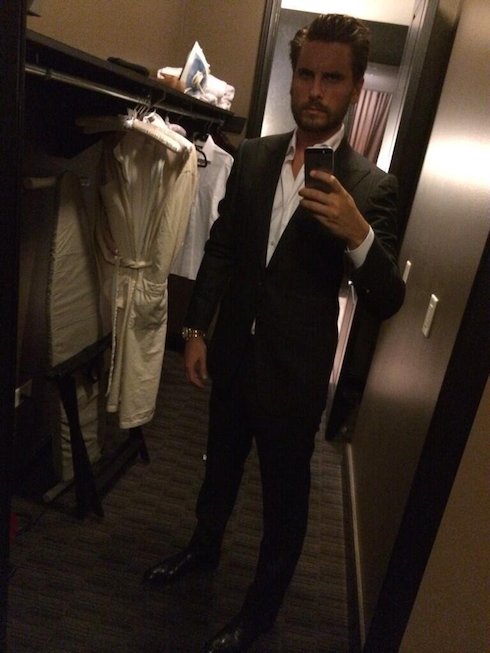 All might not be well in the land of the lord: Is Scott Disick banned from visiting Kim Kardashian and new baby Easton West? The answer is yes, if the latest speculation is correct; fans of both Scott and Kim are wondering why Disick was seen shopping for cars with Kylie Jenner’s boyfriend Tyga while the rest of the Kardashian-Jenner alliance took turns welcoming the little one to the world.

Last week saw a double blast of personal victories for Disick: it was widely reported that he and estranged long-term partner Kourtney Kardashian are a couple once again. Those reports emerged after Scott and Kourtney spent a cheerful, laugh-filled Thanksgiving together, and followed it up by taking eldest son Mason out for some tasteful Black Friday shopping.

Then, Jenner matriarch Kris welcomed Scott back into the family with a loving Instagram post. Kris Jenner was widely seen as the final hurdle for Scott to clear, Kardashian-wise; while it was Kourtney who called Scott “a real f*cking a**hole” for “flaking” on their children shortly before he went back into rehab, Kris has apparently called Scott much worse–and hadn’t shied away from letting her opinions be known. 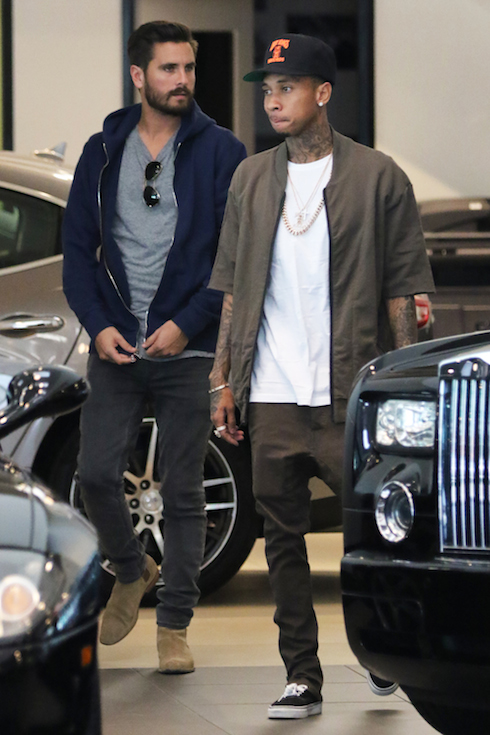 It came as a surprise, then, when Scott Disick appeared to be deliberately left out of the post-Easton birth celebrations. Eagle-eyed fans pointed to Scott’s appearance at a Beverly Hills luxury car dealership–with Kylie Jenner’s on-the-ropes boyfriend Tyga, no less–just hours after he and the rest of the family had learned that Kim gave birth. According to E!, Scott did drop Kourtney off at the medical center where Kim was resting, and spoke on the phone outside for “about” twenty minutes before heading off to do some quality shopping with Tyga.

Their source said that “Scott has been integrating back into the family” and that “things are going really well,” but would not comment on any private reasons for Scott not going inside.

At the same time, one of Kourtney Kardashian’s latest social media updates features what appears to be a fancy gift from Scott:

Disick, an avid collector of watches and timepieces, is known for his punctuality.