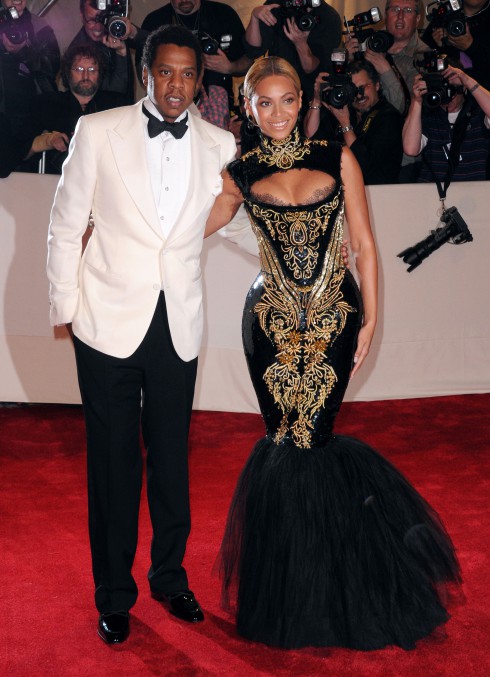 Jay-Z and Beyonce recently went to visit their friend Kanye West and meet his new baby girl North West — and they didn’t go empty-handed. The hip-hop power couple along with their own daughter Blue Ivy reportedly brought $7,500 worth of lavish gifts including designer shoes and a silver spoon!

“Kanye is one of Jay-Z’s closest friends so he wanted to get the best gift,” a source tells The Sun. “They’ve had a girl themselves, so they know the right type of present.”

Included in the gifts were a pair of personalized Dior baby shoes and a three-piece sterling silver Elsa Peretti Padova baby set from Tiffany’s which was also personalized with North’s initials. The set, which retails for $745 before engraving costs are added, is one of the most popular baby gifts sold by Tiffany’s. 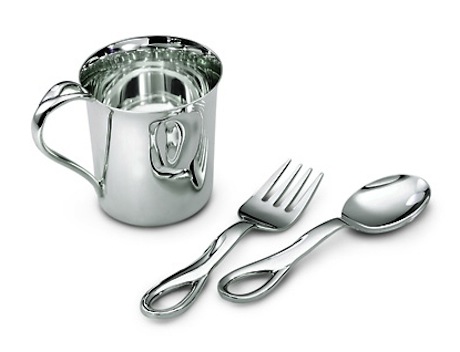 “They also brought their baby girl Blue Ivy to come over and meet North,” the source adds. “She’s old enough now to be really interested in babies.”

Blue Ivy is 17-months old and while it has been rumored on several occasions that her parents will be giving her a sibling, it hasn’t happened quite yet. Perhaps seeing little Blue with North will inspire Jay-Z and Beyonce to make it happen.

Back in May, Beyonce opened up about having more kids. “I would like more children,” Beyonce told ABC News. “I think my daughter needs some company. I definitely love being big sister [to Solange].”

It’s Official, Jack White and Jay-Z have recorded a song together