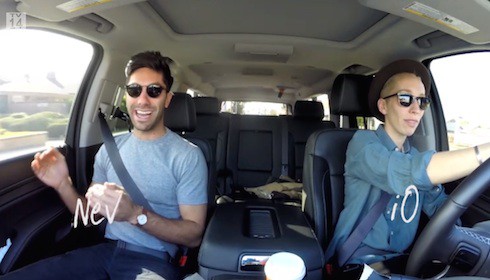 MTV’s new reality show Suspect picks up where Catfish leaves off–but what can we expect from the MTV Suspect cast? Hosts Nev Schulman, of Catfish fame, and iO Tillett Wright are prepared to travel America, helping people whose relationships are in jeopardy get to the bottom of what’s driving them apart. The “web of lies” Nev and iO will uncover looks to be as tangled as anything we’ve ever seen from the network.

It’s a complicated premise, but one that the MTV Suspect cast has experience with. Here’s a bit more detail, courtesy of MTV:

Across America, people are hiding deep secrets from their friends or loved ones. These lies can seriously damage a relationship and can wreak havoc on the lives of everyone involved. MTV Suspect is the show that tackles these deceptions head on. Every episode, Nev Schulman (Catfish) and his co-host, iO Tillett Wright will work to untangle a new web of lies in the hopes of bringing resolution to our concerned truth-seekers who have nowhere else to turn. Nev and iO will examine the facts, seek out answers and push to uncover what’s really going on, delving into everything from secret identities, hidden addictions, to a host of other lies that could have hugely damaging consequences. Through this process they hope to help bring the truth to the surface in order for these groups to move into a better and more honest relationship. 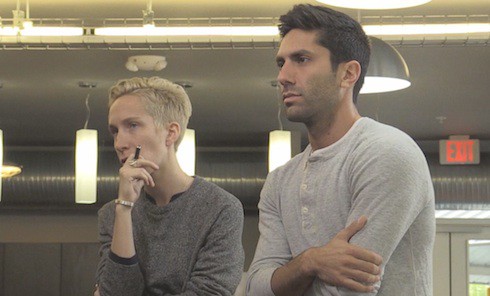 As you might expect with a phrase as open-ended as “web of lies,” it looks like Nev and iO will spend Suspect Season 1 dealing with everything from infidelity and secret sex cravings to drug and alcohol abuse–to what could, potentially, be much worse. The network recently dropped a Season 1 trailer, in which we get to see the MTV Suspect cast in action:

Each episode of the hour-long show will focus on two different stories. According to the network, in episode one we can expect the MTV Suspect cast to deal with some pretty heady stuff indeed: “Allen suspects his best friend is hiding an illness & Kristen is concerned her step-brother is binge-drinking.”

MTV hasn’t yet released a clip featuring Kristen and her step-brother, but Allen’s dilemma is featured in a second, episode-specific preview:

As for Nev’s new co-host iO? The Catfish star recently sat down for an interview in which he compared his MTV Suspect cast mate to Max, and could only say that “They’re very different.

“We all grew up in New York City, so we all share the same sort of core anxiety and criticism about the world,” Nev continued. “iO has totally opened my eyes to an entirely new world–the LGBT community and an understanding of gender identity that I never understood. Max has really opened my eyes to a very intellectual and emotional understanding of myself and friendship and how to get along with people. So I’ve learned a bunch from both of them.”

He went on to joke that “iO is new blood. iO is the new person on the block, and I’m just yesterday’s news.”

After all that, when can you expect to see the show? Check out the MTV Suspect cast in action when the show debuts right after the season premiere of Catfish: tonight at 11 PM EST.

Is Naked And Afraid scripted? Producers explain how the show works