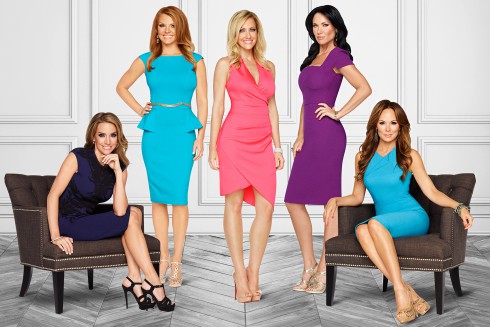 Real Housewives fans had high hopes for Dallas. With big hair and even bigger wallets, the southern city seemed to be the perfect backdrop for Bravo’s famous franchise. But after a lackluster first season, it was undecided if the Real Housewives of Dallas would be back for a second.

Bravo ultimately gave the show a green light and filming is currently underway for season two. Unfortunately, things seem to have from bad to boring.

According to The Real Mr. Housewife, “As of right now, this will almost guaranteed be the last season of RHOD. There is NOTHING happening on the show,” an insider close to production explained.

“The women are refusing to get into any confrontations and there has been no drama,” the source said. “Even the women who have issues with one another are refusing to confront them head on, as they are scared to look like a bad person or villain. If the women don’t start stepping it up, they basically are sealing the fate of the show.”

Even season one enemies LeeAnne Locken and Brandi Redmond are getting along!

It was rumored that long-time besties Brandi and Stephanie were fighting after filming ended on season one. If that’s the case, they have certainly made up now.

I am so incredibly proud of my friend, Brandi, for chairing her first charity event last night and raising so much money for such a wonderful organization. She did an amazing job and touched so many lives through her work with Folds of Honor. Thank you for letting me share this beautiful evening with you! I love you Brandi! ❤️ Full outfit details are now up on my blog. Link in my bio! Have a blessed day everyone ? #FoldsOfHonor #GivingBack #ProudFriend @liketoknow.it #liketkit http://liketk.it/2pxKu #RHOD

But couldn’t the show work if it focused on the opulence and glamour that comes along with being part of Dallas high society? According to the production insider, no way!

“No one wants to watch a show simply about women getting along, as it’s not appealing to the viewers and will not attract the ratings. Also, with the fact that last season wasn’t especially well received, they have even more work to do this season to try to bring in the viewership.”

“Hopefully the women will heed the call and start ramping it up. Dallas has a lot of potential, but this show simply is a sinking ship if things continue in the same direction they’re going.”

Do you hope the Real Housewives of Dallas withstands the test of time?

Bachelor Brad Womack joins Twitter, says he and Emily are ‘better than ever’