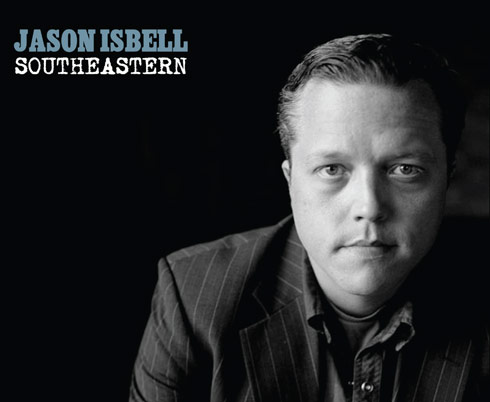 “But Isbell is one of these guys that just has a turn of phrase, has a sense of place, has a sense of character within the songs, and a sense of poetry that punches you right in the fu**ing heart. And I was astounded by it.” – Marc Maron from the WTF Podcast on Southeastern by Jason Isbell

This isn’t a review by any stretch (too late for that now anyways) but more of a love letter to an astounding album and how it came to overtake my life in all the right ways. Like Bap Kennedy sings, “I have to tell someone I’ve fallen in love,” so I just had to share the story of my romance with the album Southeastern by Jason Isbell.

This all started simply enough – You see, I’ve got this tradition of reviewing a number of year-end best of album lists from my favorite music sites and narrowing down the field to 4 or 5 releases by artists with whom I have no prior familiarity. It became pretty clear, take for instance the #1 slot it received in both the community’s and featured bloggers’ list on No Depression, that this work, with a cover featuring a guy that kind of looked like me, was a no brainer.

All I knew of the man looking back at me was that he’d been in the Drive By Truckers. That’s it man and I stayed away from the breakdowns and reviews because I wanted to get into it blind, kind of like a first date where you’re not spoiled by any of the opinions of friends or otherwise. This way I could let my own reactions formulate during that moment in time. But I got lazy and slipped and let time pass by…

Whenever you meet someone new who’s right for you a little luck is always involved and for me that came in the form of a YouTube dive late one night after I had my “need to listen to” list completed.

I was watching some performances by other artists from Austin City Limits and on the suggested side feed was a Jason Isbell clip via ACL called “Cover Me Up” that had an impressive amount of views. I did a quick check and found out it was the lead track from this Southeastern so in a bit of first encounter jumping-the-gun jitters I figured why not – as I put on my cheap headphones and let it ride:

Right there in my room I realized afterwords tears were coming down. Personally, I was coming out of a long relationship that didn’t work with enough blame to go around from both sides. So many hard-earned lessons – scars some call them and in a real way I was wondering if my old heart was damaged goods. And then damn son, here’s this song that told of near self-destruction and a real chance at redemption in the arms of someone who needs to know their enough to use another for good.

This was love at first listen, at least for this live version, and appreciating the value of a good thing when it’s right in front of me I immediately purchased Southeastern online. It was late that night so I waited until the next evening. Sometimes it’s good to feel that anticipation and let that fire burn.

What’s probably pretty clear by this point is that this first impression was only a hint at all the wonder waiting behind that devastating opener. This was a voice unlike anything I’d heard while simultaneously sounding so dang familiar.

Southeastern is a collection of 12 songs that never ease up, that scoff at the idea of filler, that I still can’t believe came from a man younger than I am. At least in years… 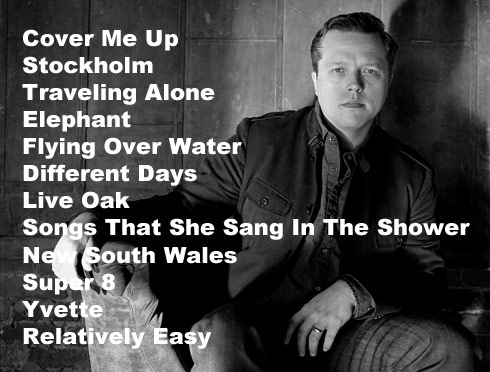 And so I burned it to a CD so I could listen to it in my car because I’m older and my car’s older too. That was months ago and it has not left its new home. It doesn’t care if it’s Saturday night, Sunday morning coming down or even some errand run… It’s got the medicine needed and it’s demanding as hell for attention – I mean y’all know how relationships work when it gets deep.

For those who haven’t heard it I wanted you to have the opportunity to meet it pretty much cold like I did. The best way I could think of to do that, and provide some detail on my adoration without spoiling it too bad, was to post up my favorite lines from each song:

And the night, so long/I used to pray for the daylight to come/Folks back home surely have called off the search/And gone back to their own – “Stockholm”

My daddy told me, I believe he told me true/ that the right thing’s always the hardest thing to do/Ten years ago I might have stuck around for another night/And used her in a thousand different ways/But those were different days – “Different Days”

Well I carved her cross from live oak and her box from short-leaf pine/And buried her so deep, she’d touch the water table line – “Live Oak”

And the piss they call tequila even Waylon wouldn’t drink/Well I’d rather sip this Listerine I packed/But I swear, we’ve never seen a better place to sit and think/God bless the busted ship that brings us back – “New South Wales”

Then a big boy busted in, screaming at his girlfriend, waving ’round a fungo bat/Bass player stepping up brandishing a coffee cup he took it in the baby fat – “Super 8”

During this budding love affair I was fortunate enough to see Isbell and his band The 400 Unit live in Macon, Georgia. It was sold out and the man of the hour was on point all the way. It was truly a revelation to see an already established artist get the biggest applause from songs coming from his most recent release…

Benzodiazepine, Percy Priest flooding holy water across a scorched land, walls made out of barricades and graves, Ybor City on a Friday Night, almost meeting your maker in a Super 8 Motel, being sick and tired of traveling alone and memories of her singing “Yesterday’s Wine” in the shower.

When Jason raises his voice and hollers out it stops me cold.

I’d like to leave you with one additional clip – a crowd shot from the show after the one I caught of “Songs That She Sang In The Shower.” If a finer song has been put out this decade I haven’t heard it:

And so it goes. I’m in love with Southeastern by Jason Isbell and it hasn’t let me down yet. I think this one’s gonna last.