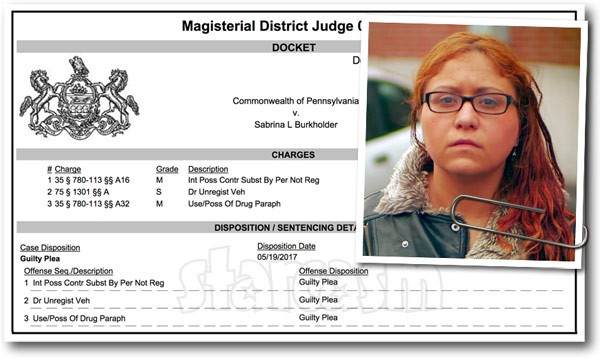 We broke the news on Sunday that Return To Amish star Sabrina Burkholder is currently in jail after being arrested for multiple charges, including drug possession. Sabrina was scheduled for a hearing in Lancaster District Court Friday morning, and we have the results of that hearing.

According to online records, Sabrina entered a guilty plea for all three charges, which included:

It’s important to note that both the drug possession charge and the possession of drug paraphernalia charge were misdemeanors, with the driving a vehicle with no registration being only a summary offense.

We spoke with a source that tells us Sabrina was sentenced to community service in addition to court fees and fines. Sabrina is still in jail, but we’re told she will be released on Monday.

It is still unclear what the custody situation is with Sabrina’s two children, three-year-old daughter Oakley and five-and-a-half-month-old daughter Arianna Grace.