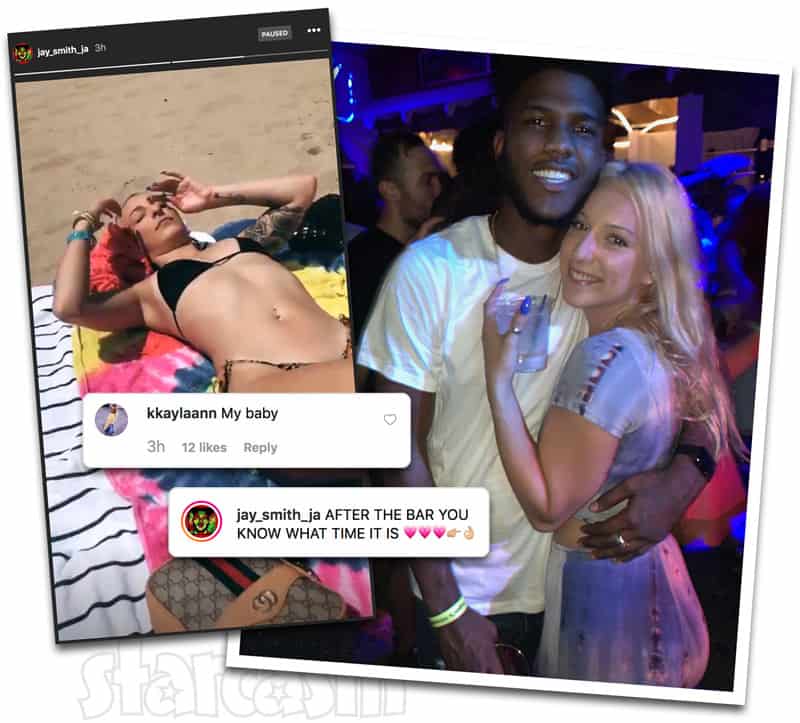 It’s just been one week since Jamaican 90 Day Fiance: Happily Ever After star Jay Smith was bailed out of ICE custody, and the 21-year-old is already getting back to doing what he does best: wooing young blonde women at the beach!

Jay and his friends, including his new blonde gal pal Kayla, took a trip to Ocean City, Maryland this week where they have been flaunting Jay’s regained freedom on Instagram with a series of photos and videos.

Jay shared a video clip of Kayla sunbathing in a bikini in his stories, and he also posted a photo having drinks with her at Coconuts Beach Bar & Grill. “AFTER THE BAR YOU KNOW WHAT TIME IT IS,” Jay captioned the photo in all caps. He then a string of emoji that included three pink hearts as well as the international emoji symbol for jiggy jiggy: “????”

90 Day Fiance fans will be quick to point out that the ???? pairing means asking a woman to marry you and putting a ring on her finger according to Paul Staehle, but I’m pretty sure he is the only one that interprets those symbols that way.

Kayla also shared some photos and videos with Jay at a club, including a clip of the two of them dancing together:

Kayla seemed to be trying to cool the jets on all the girlfriend rumors with her caption calling Jay her “best friend,” but she turned right around and commented on his post by writing: “My baby.”

Kayla wasn’t the only one on the beach vacay with Jay. He also shared some photos partying with his buds in which they lowered their pants, raised their glasses, and lit up a suspicious looking cigarette — all while giving everyone Jay’s signature double middle finger salute: 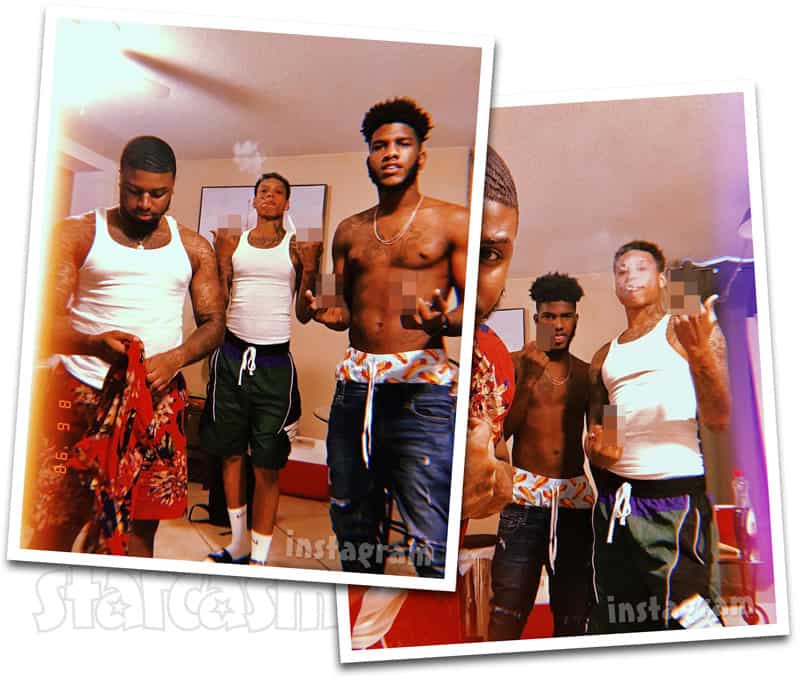 Speaking of Jay not being very good at public relations and getting people to stop disliking him, he made a post on his Instagram story looking for a talent manager. Here’s his message:

In need of a (TALENT AGENT) So if you specialize in that category email me @ conroysmith0001@gmail.com or feel free to leave a message in my DM

The first person I thought of was Johnny Donovan, but unfortunately, he is already working with Ashley.

As we’ve stated several times since Jay’s arrest in early July, it’s assumed that he will eventually be deported back to Jamaica due to the fact that he never received his green card and is in the process of going through a very acrimonious divorce. The only question remaining is how long the process will take.

Until then, it appears that Jay has every intention of living it up here in America! Normally, that would be difficult without legally being able to work, but Jay seems to have somehow figured out how to pull it off. And he’s pulling it off without having to sell his Gucci bag!

I will wrap up this post with a couple side-by-side photos of Jay working his magic a couple years apart: 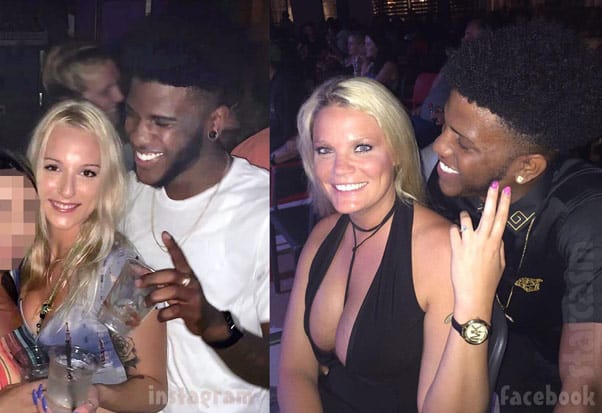 90 DAY FIANCE Jorge Nava is out of prison! See the AMAZING photos!