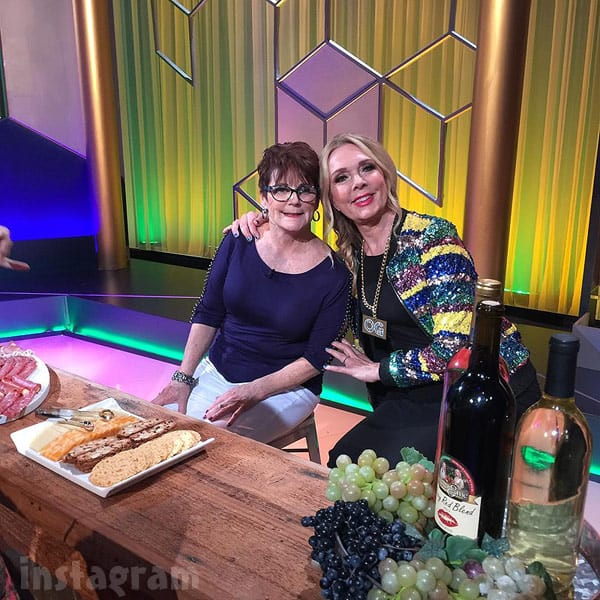 The reality superstars aligned last week in California as the moms of the two most controversial ladies of the entire Teen Mom franchise united to sip wine and chat for an upcoming after show episode. That’s right, Farrah Abraham’s mother Debra “Debz OG” Danielsen and Jenelle Evans’ mother Barbara “Babs” Evans toasted with Mom & Me wine while talking Teen Mom (I assume) as the MTV cameras captured the historic moment for our future viewing pleasure.

Also capturing the historic moment was Debra, who is a little more social media savvy than Babs. The Instagramma posted a couple photos and a brief video with her new BFF — and they are just as epic as you’d imagine! “Having a wonderful time with [Barbara]!” Debra captioned the photo at the top of this post.

This next image includes two pictures of the ladies together, and Debra wrote “Moms having fun! Good things to come!” 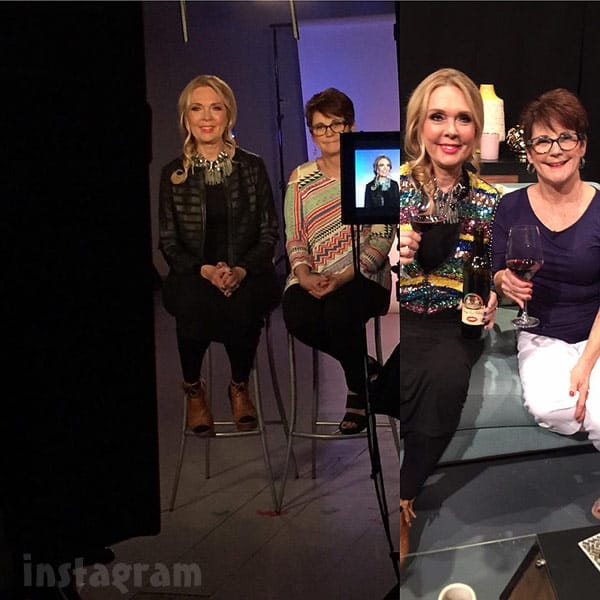 Debz and Babs appear quite chummy together, which seems to contradict statements made by Jenelle a couple weeks ago after she and Debra got into a Twitter spat over Debra’s comments about Jenelle from a recent Facebook Live Q&A. “My mom thinks that you’re weird as f**k,” Jenelle tweeted to Debra, “and no she doesn’t like your daughter, get over it.”

In case you’re wondering what Barbara was doing filming an after show when Teen Mom 2 is not currently airing, it seems to be yet another step in the direction of blurring the lines between the Teen Mom franchises by MTV. They have included moms from different franchises together in other after show episodes, and even added Teen Mom 3 star Briana DeJesus to the cast of Teen Mom 2! Plus, in addition to Debra and Barbara, other stars from the franchise have made trips out to Cali over the last few weeks including Amber Portwood, Matt Baier, Javi Marroquin, and Briana DeJesus (as well as her sister Brittany). Of course, Farrah has been there as well, but she spends a lot of time in California anyways.

It’s still not clear what kind of segments Debra and Barbara filmed, but I’m hopeful it is a People’s Couch kind of commentary segment in which Barbara offers her take on scenes with Farrah and Debra, while Debra offers up her commentary on scenes with Jenelle and Babs. It would be kind of like Mystery Science Theater 3000, only with Teen Mom and wine!

On a personal note, would it be too much to ask to have Debz OG return to the recording studio to lay down a track with Babs? Or I guess that would be Babz: 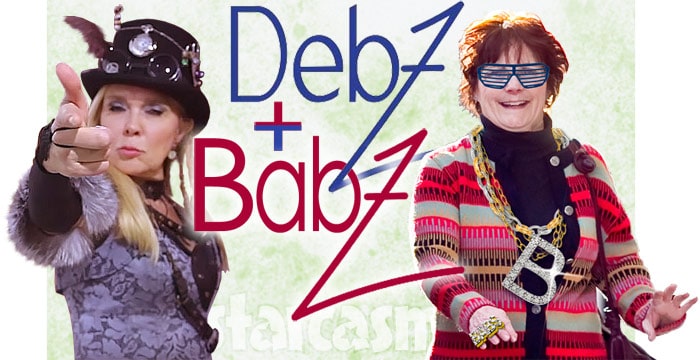 I would give anything to hear Babs refer to Simon as Farrah’s boooooyyyyyyyyfriend! And of course there would have to be a rhyme that included “hymen” with “I seen ya with Simon!” Meanwhile, here are some sample verses for a Debz OG diss track about Jenelle: