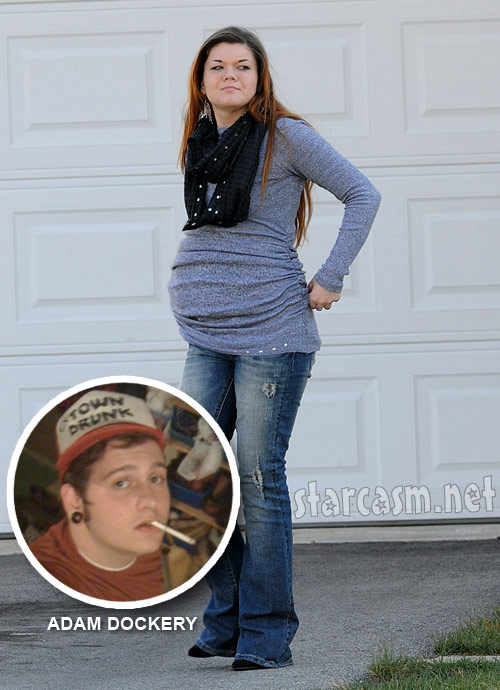 In case you’re wondering what Teen Mom star Amber Portwood spends her reported $280,000-a-year on, apparently most of it goes toward pregnancy tests. That is if you believe the numerous “insiders” and “sources close to Amber” who seem to surface weekly claiming the troubled single mom is knocked up again by some new man.

This time the “source” and the “new man” are one in the same as Amber’s reported new boyfriend Adam Dockery told RumorFix.com:

“Amber got five or six pregnancy tests and they all came back positive.”

He then follows that up by saying:

“She went to Planned Parenthood. And she’s telling me it was negative, but I’m not so sure if I’m believing her though.”

All these Amber pregnancy stories remind me of the adage, “where there’s smoke there’s fire,” and with Amber there sure seems to be a lot of smoke if you know what I mean! It’s like those million monkeys typing on a million typewriters for a million years – eventually one of them will write Hamlet! And when one of these Amber pregnancy rumors pans out you can say you heard it here second!

(Actually, I just like running with the stories so I can repost my super-awesome “Pregnant” Amber” Photoshop graphic!)