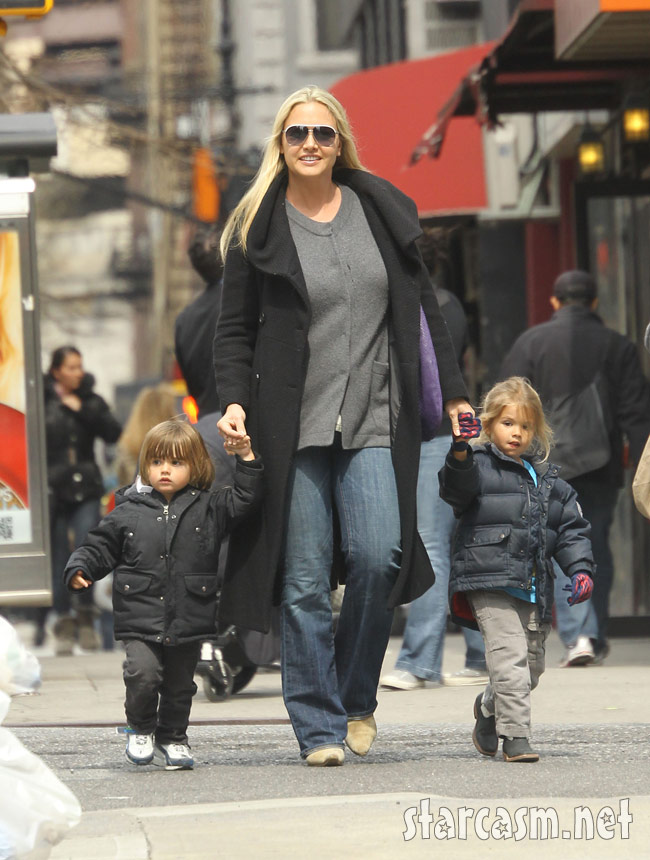 The above photo is the first image of Vanessa Trump’s latest baby bump since the announcement was made.  Vanessa looked happy as she navigated the streets of the N.Y.C. with her and husband Donald Trump Jr’s’ two adorable kids Kai Madison and Donald III.

Celebrity Apprentice advisor and the man responsible for bearing the heavy burden of the famous family name, Donald Trump Jr., took to his Twitter account back on March 30th and announced that he and wife Vanessa were expecting their 3rd baby.

Donald and Vanessa have been busy since their marriage back in May of 2005.  It looks like grand-daddy Trump will have himself a new baby to kiss when he makes that possible presidential run!