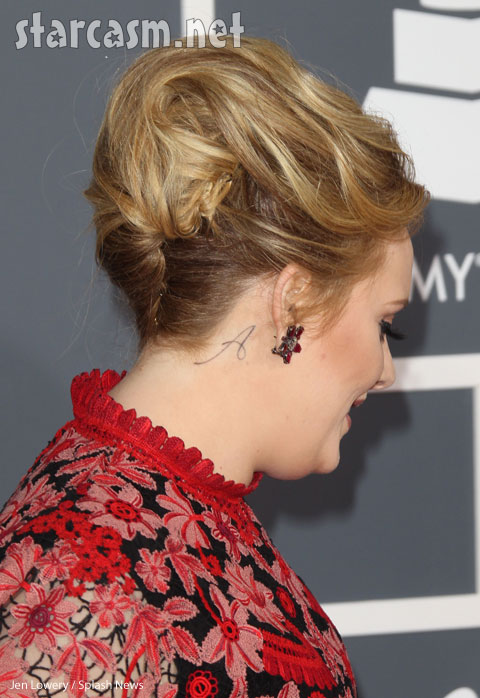 Adele has refused to officially reveal the name of her new baby boy, saying it’s too “personal and intimate,” but she’s been wearing a nameplate with the name “Angelo,” and she showed off a new “A” neck tattoo at the Grammy Awards Sunday night. Either the initial is for her son, or Adele has an unhealthy obsession with Pretty Little Liars!

Honestly, if you’re going to be an initial tattooed on you, this is a great place because it can easily be hidden by hair. It’s also large enough to see, but not bold and abrasive.

A
What do you think of Adele’s new tattoo?