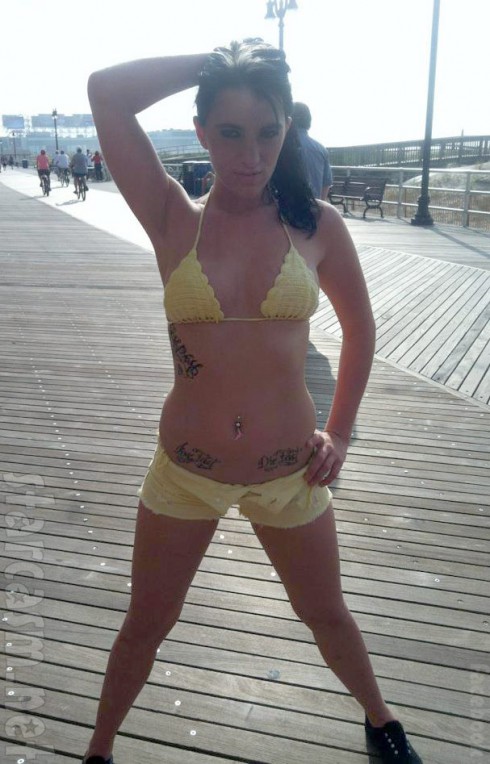 My Big Fat American Gypsy Wedding fans may have noticed some changes to Mellie Stanley during last night’s series premiere of MBFAGW spin-off Gypsy Sisters. No, Mellie is still drinking, stripping, cursing, fighting, and otherwise not holding anything back — nothing different there. The changes I’m talking about were only skin deep in the form of lots of new tattoos!

During the premiere Mellie showed off a new tattoo she got for sort-of fiance Robbie, which was his name in bold red script lettering right above, er, home plate so to speak: 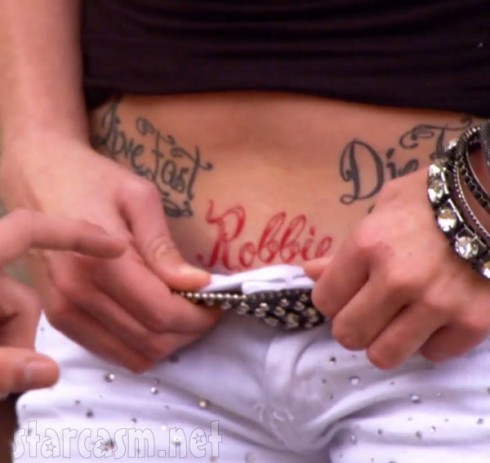 As you can probably see in the picture above, the “Robbie” script tattoo is sandwiched between two other script tats that read “Live Fast” and “Die Fast,” which are obviously two mantras Mellie subscribes to. Here’s another blurry shot of her pre-Robbie abdomen: 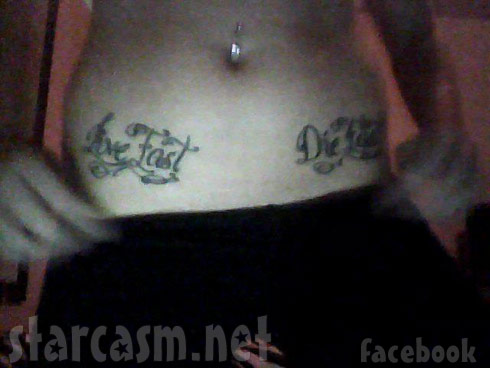 In addition to the belly tats, Mellie also got a bit of ink on the flip side in the form of a Hollywood star tramp stamp: 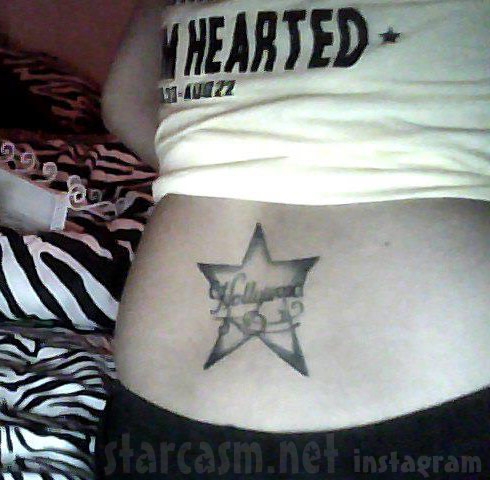 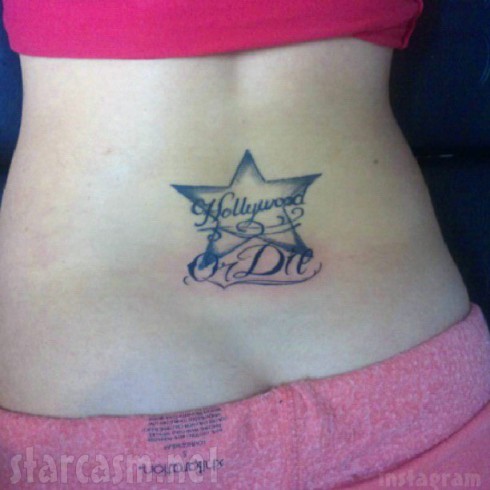 Mellie also demonstrated her tolerance for pain by getting a large ribcage tattoo that reads “Gypsy” underscored with a flourish and a jewel: 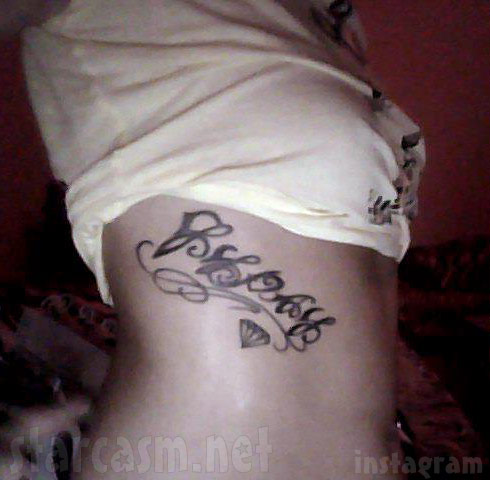 One thing many viewers don’t realize is that Mellie is a devout Christian, which is evidenced by her ankle band tattoo that includes a cross and the words, “Have Faith:” 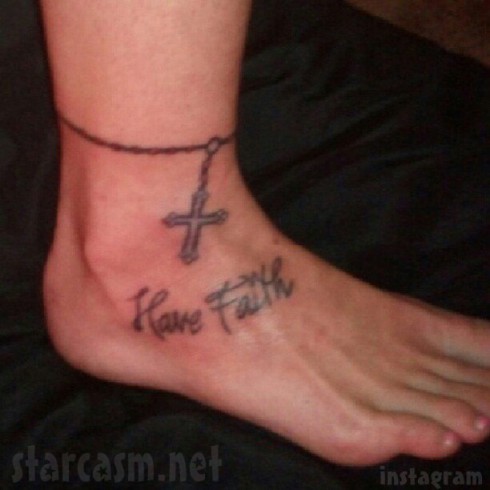 I don’t want to sound like a conspiracy theorist or anything, but I couldn’t find any other photos in which you could see Mellie’s “Robbie” tattoo. That might make sense with more modest gals, but there are plenty of relatively recent photos of Mellie in which her “Robbie zone” is exposed, and there is nothing there. Could it be that she got a temporary tattoo to trick Robbie into getting that Mellie (almost Millie) tatto on his arm? That would be pretty sinister, even for Mellie! 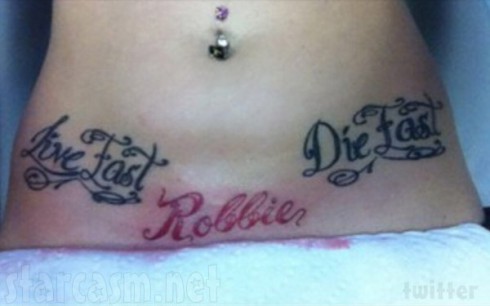 Oh, and just in case you were wondering, here is what Mellie Stanley looked like before the tattoos: 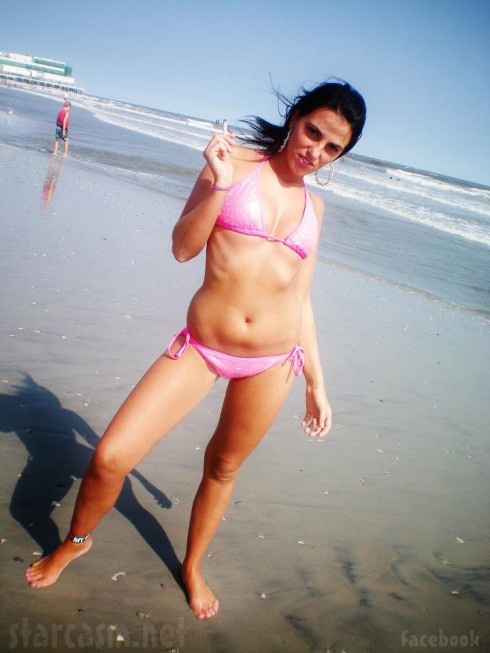