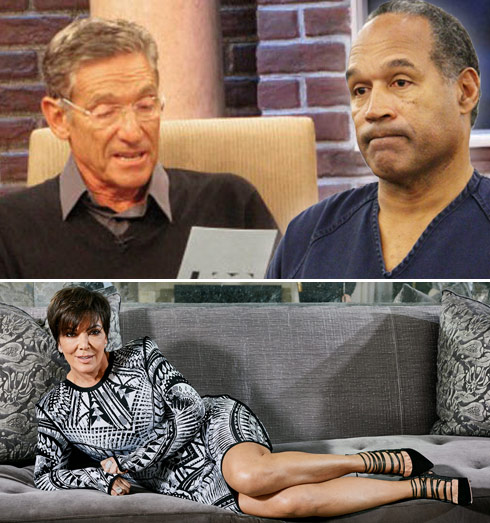 Some dude who was O.J. Simpson’s prison guard is selling a book (because of course he is). In a promotional bid, he’s come out with some insider information -including Simpson’s supposed comments in regards to the long-lived rumor that he’s Khloe Kardashian’s biological father.

After retired prison guard Jeffrey Felix gave a couple of anecdotes to Page 6 about how he earned O.J.’s trust, he provided the response that Simpson is claimed to have given the guard when he asked about the Khloe K situation:

Well there ya have it straight from a guard trying to sell some books written by a ghost writer.

Oh yeah, Felix is totally convinced that Simpson murdered Nicole Brown Simpson. “He’s such a nice guy, but, come on, we know he did it,” he said.