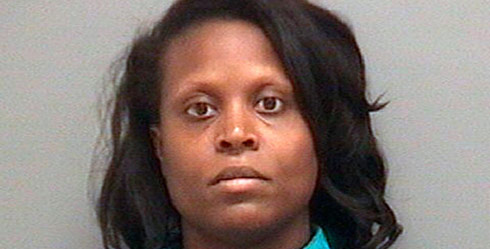 Police believe a woman who was looking after Bobbi Kristina while she was in the hospice where she died was impersonating a nurse.

Taiwo Sobamowo, 32, was arrested and faces charges of first-degree forgery, identity fraud and practicing nursing without a license, according to a report from the AP.

Forsyth County sheriff’s Detective Cpl. Jeffrey Roe said, “Our investigation has revealed no license or registration on record through the Georgia Board of Nursing for Sobamowo. Documentation obtained through Sobamowo’s employment records indicated she attended a medical college in Washington, D.C. To date we have been unable to confirm her attendance at this school.”

The police report made no mention of how Bobbi Kristina’s care might have been affected.

“We had no reason to believe that she was anything other than a good nurse with proper credentials. As soon as the credentialing discrepancy was discovered by one of our employees, we immediately took action and notified the appropriate authorities.”

Sharafat added that the company has since taken “further precautions,” including re-credentialing all their care staff.