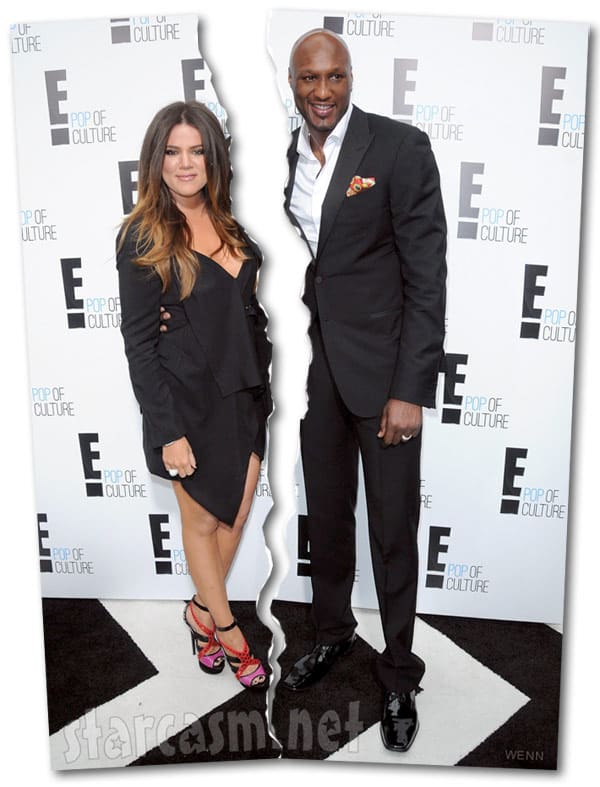 Khloe Kardashian has once again filed for divorce from husband Lamar Odom. The 31-year-old reality star submitted the paperwork via her attorney on Thursday, again citing “irreconcilable differences” as the reason for the split.

Khloe first filed for divorce from Lamar back in December of 2013, but the process was a slow one, and the couple withdrew the filing after Lamar was hospitalized in October of 2015. “I’m married for a multitude of reasons,” Khloe explained in Novmeber, “but it’s not intimate reasons. It’s more for medical and also to help with a lot of other things to do medically….With [Lamar’s] mental strength and everything like that, [calling off the divorce] was the best choice to make at the time.”

Khloe recently talked about how divorce was against her religious beliefs in an essay posted via Lena Dunham’s “Lenny Letter:”

At my core, I don’t believe in divorce, but I came to a point in my marriage where I had to make the choice to take care of my own mental and emotional well-being in order to protect myself and my happiness… I feel that I kept the serious vows I made in front of God with every inch of my heart, which is why I am still honoring them today even though my relationship with my ex-husband is in a different place.

As far as how the divorce will play out for both Khloe and Lamar, TMZ reports that “there is a prenup and the 2 worked out a property settlement the first time around, so now it’s just a waiting game.” TMZ’s sources tell the site that the divorce is amicable. “Khloe and Lamar are on good terms and he was given a heads-up she was filing,” the site says. “In the docs, Khloe does say she wants to legally drop the Odom name and go back to her maiden handle.”

As you may already know from previous celebrity divorces,in California the process takes six months before a divorce can be finalized, which means that Khloe will be single and once again be Khloe Kardashian some time in November.