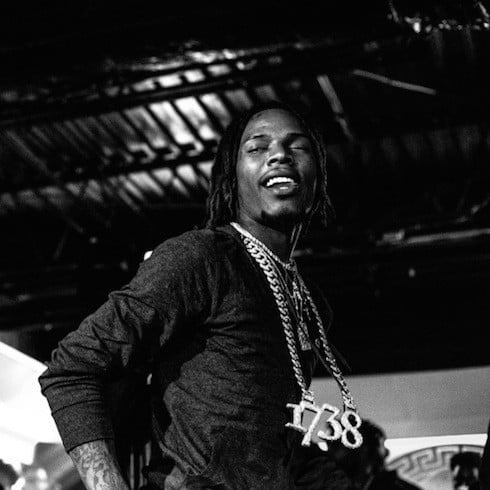 So Fetty Wap has been through kind of a lot over the past few days. The short version is he got into an argument with a gentleman with whom he’d had previous disagreements and ran for his life when that gentleman drew down on him. (The Fetty Wap shooting video has since gone public.) Then, the guy who allegedly pulled the piece on Fetty and stole his famed “1738” chain made a point to show off the chain on Instagram, which led to his identification and arrest. (A screencap of the now-infamous Instagram post has also–you guessed it!–gone viral.)

According to local newspaper The Paterson Press, the “dispute” between Fetty and his foe led to three people being injured from gunfire; Fetty was not one of the three. The deal went down in an all-night deli, and, initially, none of the parties involved would say exactly what led to shots being fired.

Here’s the first available clip of the melee, acquired a few hours ago by TMZ:

Raheem “Fuzz” Thomas–the man accused of taking Fetty’s chain, per the Instagram photo mentioned above–is wearing a red jacket in the clip. He brandishes what looks like a handgun.

However, it seems Fetty and Raheem have a beef that goes back at least several months. Raheem was filmed insulting Fetty while leaving SiriusXM’s studios last December. Raheem called Fetty a “pu$$y fake gangsta” and blamed Fetty’s “gay a$$” for “blackballing” he and the rest of the Muscle Team crew. (It sounds like Raheem blames Fetty for being unable to get ahead in the entire music business.)

Finally, here’s the photo that Raheem shared on Instagram shortly after the Fetty Wap shooting video surfaced and his name began to be associated with it. The post has since been deleted, but we’ve added the original caption below the photo courtesy of VladTV: 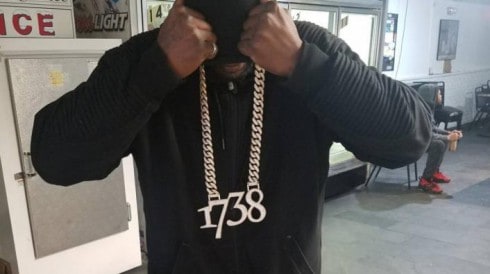 Just to set the record straight. I personally didn’t take @fettywap1738 chain. I’m not responsible for no one else action but my own. I don’t have a personal problem Fetty Wap. He just a good kid in the way. How he got his chain taken I don’t know and I don’t care. That’s none of my business. Did I take a picture with it? Yes. The whole down the hill got a picture with it on. Now enjoy the rest of y’all night. ?? I will love to take the credit for it but unfortunately, my Instagram is no liar.

VladTV further reports that Raheem is close with Paterson rapper P-Dice, who is currently suing Fetty for $7 million in alleged unpaid royalties.