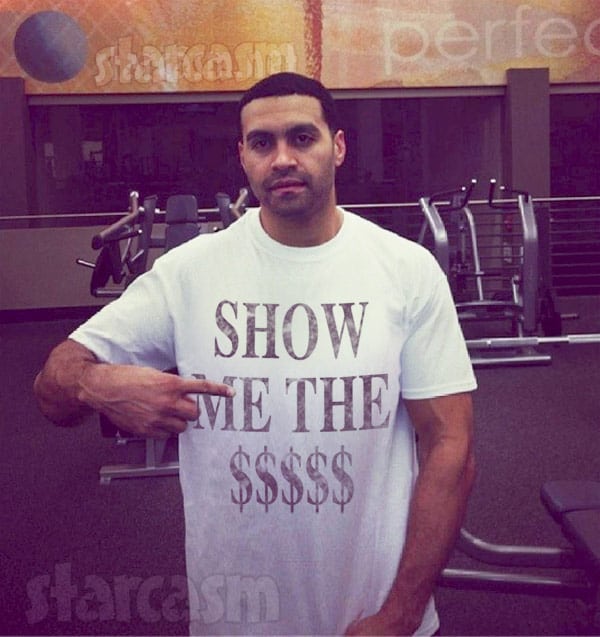 Last week it was revealed that a judge threw out the divorce judgement between The Real Housewives of Atlanta stars Phaedra Parks and Apollo Nida after determining it was unfair to Apollo. Since the ruling, Apollo has reportedly decided that he deserves more from the divorce — to the tune of millions of dollars and joint legal custody of their children!

The report comes via TMZ, who say “Apollo wants to go back on the hunt to determine what property is fair game to split … property he says includes a million-dollar marital home, millions of dollars in personal property and several businesses.” The site also mentions that Apollo will be seeking joint legal custody of their sons, Dylan and Ayden.

After the divorce ruling was tossed, but prior to the report of Apollo demanding more, Phaedra’s rep Steve Honig issued this statement:

It’s very confusing why a man who is engaged and enjoys frequent visits with his fiancée would work so aggressively to avoid ending his marriage. Regardless, Phaedra is reviewing her options with her attorney to determine the most efficient path toward ending this marriage so she can move forward and focus on raising strong, healthy and happy children.

In case you missed it, Apollo Nida is currently engaged to Sherien Almufti. My guess is that Sherien will be more than patient as all of this is sorted out in the courts and on screen.

One curious aspect of the case that internet commenters have pointed out is that Phaedra has been accused publicly of being a part of some of Apollo’s criminal activities in the past, so many are wondering if he has a huge bargaining chip in his corner pertaining to that. We may or may not ever find out, but it certainly appears that this divorce is going to take a while — perhaps long enough for Apollo to get out of prison?