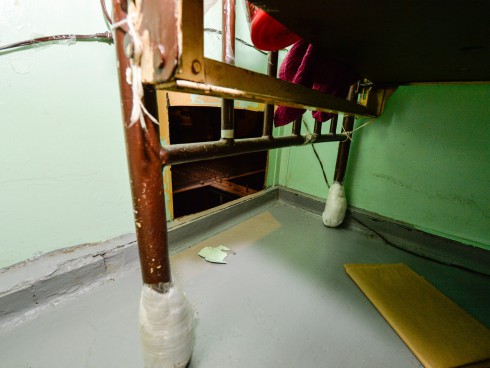 The story of David Sweat and Richard Matt’s prison escape is almost like the plotline of The Shawkshank Redemption. Last year David Sweat (34) sawed a hole in the back of his prison cell at the Clinton Correctional Facility, and began making nightly explorations in the tunnels underneath. Eventually, both he and fellow inmate Richard Matt (48) escaped, but were unable to remain free for long: Richard Matt was shot and killed during a police showdown, and David Sweat was captured by police. Tonight, Dateline episode “The Accomplice” investigates their headline grabbing prison break.

While David Sweat, who was initially imprisoned for killing a police officer, was recovering from a gunshot wound this June, he eagerly shared the story of his daring escape, which resulted in a three-week manhunt. Sweat and Matt holed up in a cabin, where they were eventually discovered after a person pulling a camper near Duane, New York discovered the camper had been shot. A tactical team was deployed to the area, where they discovered Sweat and Matt’s cabin.

Sweat was able to make the hole in his cell in the first place because a correctional officer supplied him with a hacksaw and other tools. His nightly explorations helped him discover a plan of escape. He even left an extra set of clothing down in the tunnels to make his escape easier. According to Sweat, he and Matt (who was also serving time for murder), spoke constantly about how they were like The Shawkshank Redemption‘s Andy Dufresne–except that their escape was taking months, and not twenty years.

Dateline ‘In Broad Daylight’: The Murder of Lynn Schockner