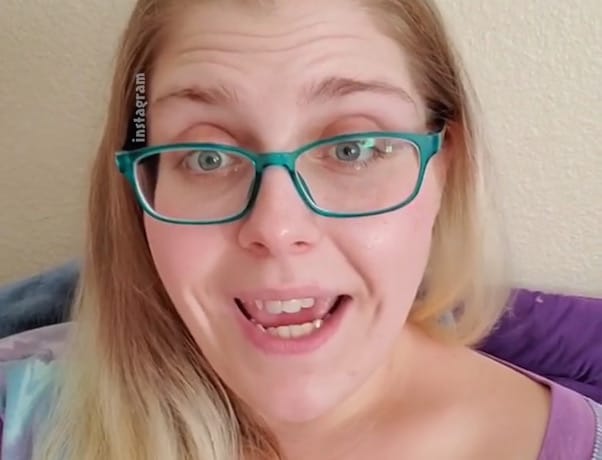 It’s been a minute since we’ve checked in on the My 600 Lb Life Tiffany story, and the 29-year-old new Texas native has plenty to share! Tiffany Barker, who had one of the most successful weight loss journeys of Season 7, has revealed new Instagram and Facebook information for fans interested in keeping up with her. Tiffany also shared a huge “personal milestone” now that she’s a year removed from her weight loss surgery.

My 600 Lb Life Tiffany episode began with one of the more harrowing reveals in recent memory, thanks (or, really, no thanks) to an infamous parking lot encounter with a rude driver. Compounding Tiffany’s agony was the fact that she’d just been in the grocery store — a trip made especially challenging for the former cook, who’d trained as a chef and worked in restaurants until her size made life in the kitchen too difficult.

Tiffany began her weight loss journey at a peak weight of 673 pounds. After a year of working with Dr. Nowzaradan and figuring out how to coexist alongside the eating habits of her roommate (and cousin) Jasmine and her boyfriend Aaron, Tiffany was all the way down to 415 pounds, having lost a total of 258. Things with Aaron appeared to be better than ever; Tiffany’s episode ended with herself and Aaron talking about the possibility of both marriage and, eventually, children.

Since her 2019 debut, Tiffany’s opened up some parts of her life for social media and made others private. Though she had a fan-specific Facebook page for several months after her episode premiered, Tiffany has since deleted that page. However, she’s also started and frequently updates a My 600 Lb Life Tiffany Instagram page; you’ll find her at @spiffytiffy18.

In fact, it was on Instagram that Tiffany shared the big “personal achievement” we teased above. On February 25, Tiffany shared a video in which she discussed some of the major changes in her life from 2019 to 2020. Among the biggest? Not only has Tiffany returned to work — she has the stamina to work well into overtime hours and get sent home!

Here’s the latest My 600 Lb Life Tiffany Instagram update, followed by our transcript of Tiffany’s remarks:

So, I have a little bit of a personal achievement update for you. A year ago today, I was getting used to life post-surgery. Still not working. But, today, I got sent home from work early for hitting overtime. Never thought I’d be able to do that, physically, and still be able to function. Granted, I’m laying down a bit because I’m exhausted. I have had one day off in the last ten days. But I’m proud of myself. I just wish that money was on my paycheck today, because then I could do something for my birthday on Sunday. Unfortunately, all the money I got today goes straight to rent. Hashtag adulting.

Late last year, Tiffany also shared a nice photo of herself looking quietly content while cooking in her home kitchen: 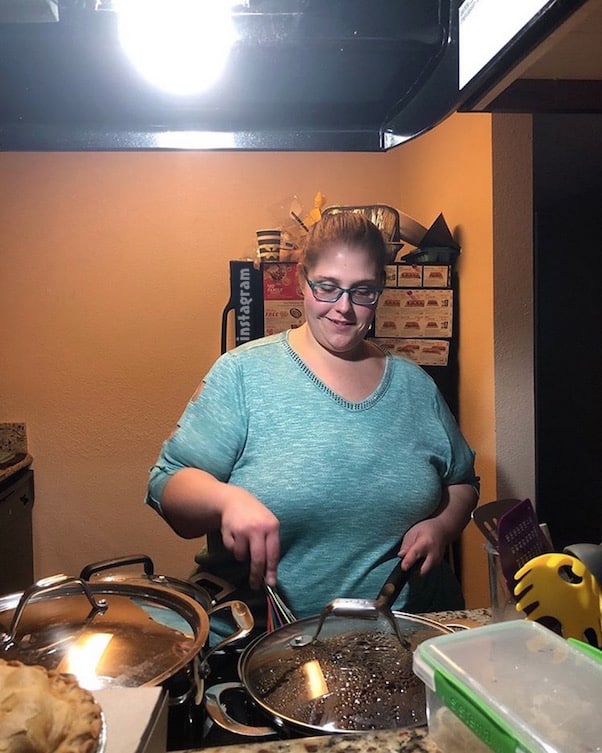 And Tiffany did it up throwback style for one of her most recent updates: a sweet shot of herself and Aaron together at the beach. “I can’t wait to go to the beach when this is all over,” Tiffany wrote, referencing the still-growing coronavirus pandemic: 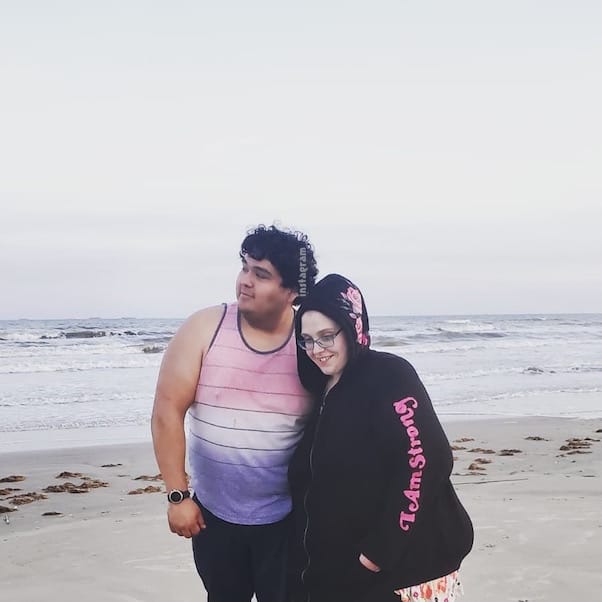 (Tiffany’s own health doesn’t appear to have been affected by the novel coronavirus; she told another follower “I’m doing good just going crazy lol.”)

As for whether My 600 Lb Life Tiffany and Aaron are stil together, Tiffany told one commenter that the two remain very much a couple. “Yes I’m still with him, he’s just camera shy,” Tiffany wrote, explaining Aaron’s relative absence in her Instagram updates.

We still haven’t heard whether Tiffany plans on filming a Where Are They Now? episode. The last time she addressed the topic, Tiffany said only that she was “not sure yet,” and that’s still all we know for sure. (Production on My 600 Lb Life is mostly on hold, though some crews were filming in what appeared to be violations of several lockdown orders as recently as the last week of March.)