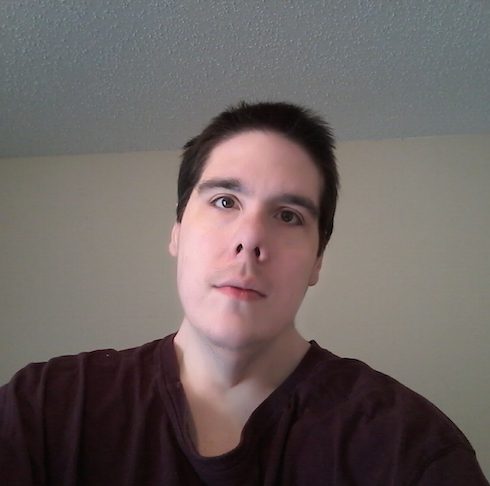 Controversial My 600 Lb Life cast member Steven Assanti just took to Facebook for an impromptu Live session in which he answered the question he says he gets asked more than any other: Is My 600 Lb Life real? Ostensibly, the stream was a promotion of the first episode of My 600 Lb Life Season 6, which technically kicks off tonight with a brand-new “Where Are They Now?” episode: one that features Steven and his brother Justin.

What the video turned into, however, was a sort of rambling digression into Steven’s acting aspirations, a Q&A with fans (and insult exchange with haters), and a brief discussion of rumors that Dr. Now has dropped Steven as a patient — all of it interrupted by Steven taking a phone call to confirm a doctor’s visit.

Unfortunately, Steven deleted the video within hours of sharing it. (Steven is well-known among My 600 Lb Life fans for sharing and then deleting far more content than he actually keeps on his Facebook page.) As of this writing, the only videos on his page are the two we wrote about earlier today: the first featuring a naked Steven draped with Christmas lights and singing “Santa Baby”, and the second featuring a naked Steven sitting on the toilet singing a song about sitting on the toilet.

Fortunately, we managed to transcribe most of the video before Steven took it down. So, first enjoy the most recent official trailer for My 600 Lb Life‘s new season, and then settle yourself in for Steven’s thoughts on the process behind the show.

Steven Assanti on the age-old reality TV question: Is My 600 Lb Life real?

Is this show real? Yes. Is it acting? No. Is it exhausting? Yes. Very. So exhausting to the point that there are days that I don’t even want to film. And I try to avoid being filmed, but the camera crew — especially one of them in particular — is so persistent that he will continue to knock on the door, and knock on the door, and knock on the door until you can’t stand it anymore….It’s just a lot of work. A lot of filming, a lot of days put in. I don’t really –and I can’t really — tell you what the process is, because…I could get sued (laughs). There’s a lot of filming involved, a lot of re-takes. And it’s a lot of work for someone who’s morbidly obese.

I enjoy it. Because…I mean, it’s something that I would like to do for a living, I guess. In show business–I’d like to build on that. You know, Build on my appearance on reality TV and make it something that’s worth it.

On whether it’s true that Dr. Now has dropped him as a patient

Dr. Nowzaradan is a really good doctor, he saves lives; and that’s his focus, saving lives. But you’ve just got to follow orders….I feel that I made a huge change, and I look forward to what’s next with the surgeon, Dr. Now. And no, he hasn’t dropped me. I may be one of the worst patients he ever had, but…nobody said it was gonna be an easy journey, and everybody’s journey is different. It’s not easy to lose weight. Hell, it’s not easy to break free from any addiction. Any addiction that you have.

I mean, I know my journey’s been a rocky road. Nobody’s journey on that show has been not a rocky road. So, I guess I look forward to the future. Finishing my progress — I think I’m making a lot of progress. I wish I could go into details, but I could get into trouble. I’m doing really good now. I weighed over 800 pounds. The show didn’t document the fact that…my real starting weight was 800 pounds in Rhode Island, where I’m from. And that’s the truth.

Elsewhere, Steven told the tale of the time he was forced to live in the back of his father’s van, because Steven’s obesity had gotten so bad he could no longer make it up the steps to his second-story apartment.

Finally, at a little over the halfway mark, the video became something of a question-and-answer session between Steven and those watching (the footage had close to 8,000 views when we watched it). The answers Steven gave here were much shorter:

On whether he kicked opiates: “Nobody would believe me if I said I did, so what’s the point?”

On his relationship with his family — specifically, with his semi-estranged brother Justin: “My dad’s fine, Justin’s fine, everybody’s fine”

On whether the scene in his first episode in which he fell off of a golf cart was real, or staged:

On whether Steven, who sported a spotty goatee in the Facebook Live video, thought he looked good: “No, I don’t think I look good right now. I look like a bum.”

So there you have it, straight from the participant’s mouth: Is My 600 Lb Life real? It involves reshoots, just like any show filmed for a network — but it isn’t scripted, and it definitely isn’t made up.

My 600 Lb Life‘s new season airs Wednesday nights at 9 on TLC. You can stream the Steven Assanti “Where Are They Now?” episode on TLC’s website here.

(Photo credit: Is My 600 Lb Life real via Facebook)

AHS: The Real Axeman of New Orleans was an anonymous killer who wrote creepy letters to the newspaper