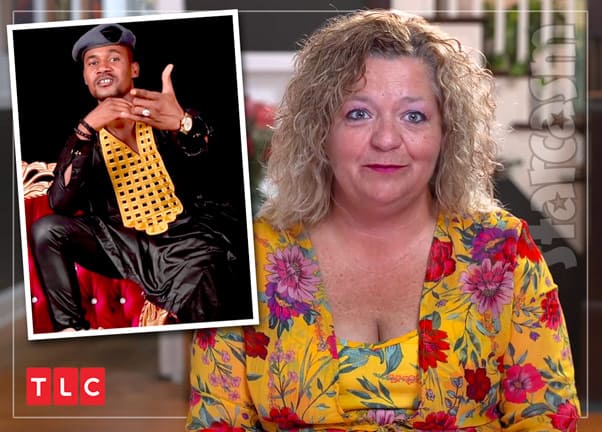 TLC surprised everyone on Tuesday by debuting the first preview trailer for Before the 90 Days Season 4 with six new couples! Oh, and Darcey and Tom for some reason. Because the concept of Before the 90 days doesn’t require the K-1 visa process to have already started, the show often features riskier relationships than the original 90 Day Fiance series — and this season looks to be no exception!

Producers appear to be giving us a half dozen sure-to-be-entertaining couples, but the two international lovebirds that have fans’ jaws dropping the farthest are Lisa and Usman. 52-year-old Lisa is from York, Pennsylvania and she found her 30-year-old Nigerian boo Usman on social media. (I’m guessing Nigerian Cupid isn’t a thing?)

Lisa and Usman strike up a relationship online, and Lisa soon finds out that Usman is a “famous entertainer and musician” in Nigeria who goes by the name Sojaboy. Sojaboy’s fame turns Lisa into another Angela Deem as she apparently gets consumed by jealousy in regards to Sojaboy’s female fans who want to be more than just fans.

Despite the jealousy issues and the thousands of miles between them, Lisa and Usman remain together. According to the bio put out by the network, Usman eventually proposes to his American bae, and in a story line that seems a better fit for 90 Day Fiance: The Other Way, Lisa packs up her bags and moves to Nigeria with the intention of marrying Usman.

As evidenced by the trailer, Lisa’s jealousy issues only get worse in person. “Get rid of these f**king two-bit wh**es, get it straight,” Lisa yells at Usman in the clip — included at the bottom of this post.

Usman remains calm as he responds, “But I’m not your husband yet.” (I’m guessing Lisa BLEW UP after that comment! Let’s hope for Usman’s sake that she really likes cake.)

All of us rational viewers would have to assume that a super jealous 52-year-old woman with anger issues from the United States would not actually marry a 30-year-old rapper from Nigeria with numerous fawning female fans — in Nigeria. Right?

Lisa has posted several photos of what looks to be her and Usman’s wedding ceremony. One picture looks to be a receipt to throw in the face of all the gals trying to slide into Sojaboy’s DMs in which the couple are apparently holding their Nigerian marriage certificate: 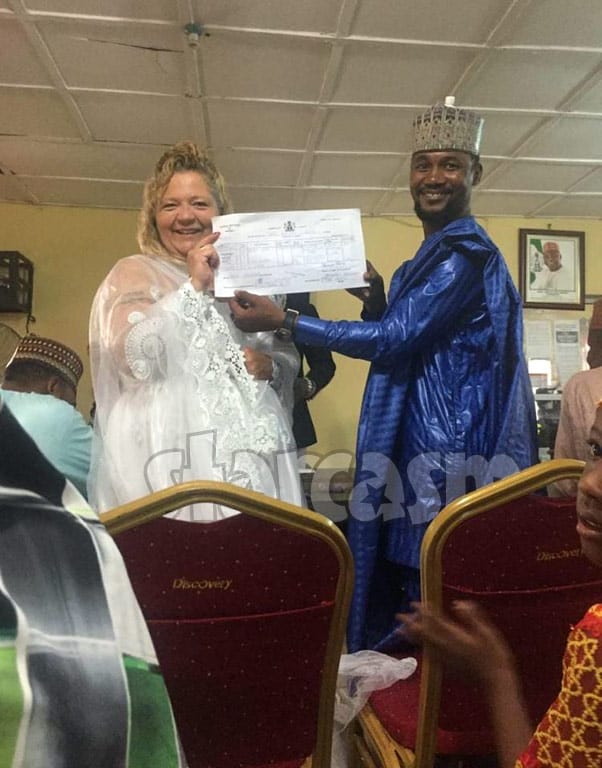 According to posts made on Facebook, Lisa and Usman officially began dating in June of 2018. The two got married on August 30 of 2019.

Here are a couple more photos of the bride and groom: 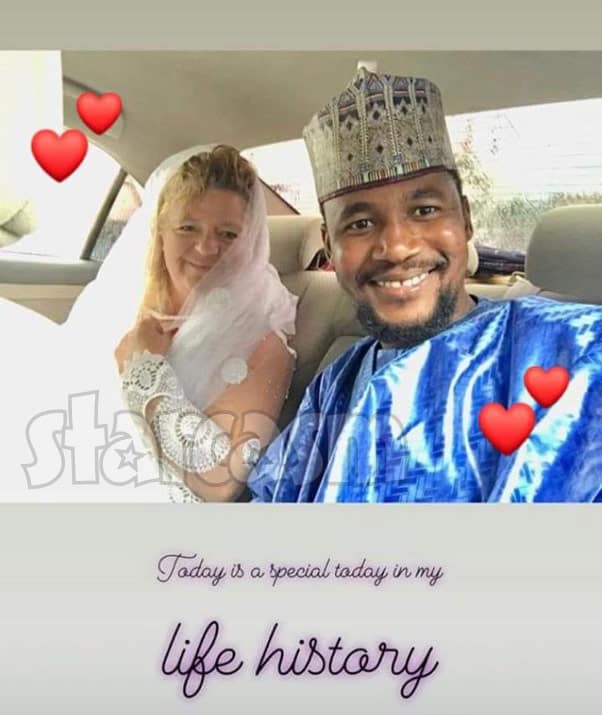 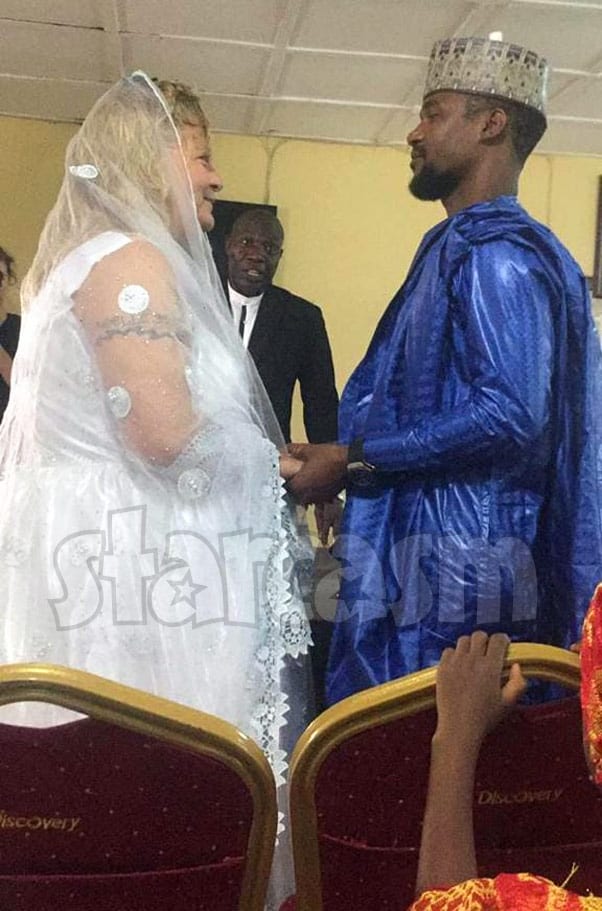 As viewers of reality television are well aware, when a couple gets married, it pretty much fixes all of their pre-marital issues — especially jealousy. Oh no wait, that’s completely wrong! Lisa and Usman were no exception as being married did little to calm her suspicions and defensiveness. Of course, it’s not hard to blame her when people are saying Sojaboy is sleeping around!

Usman shared a post on Facebook earlier this month that included a screen cap of a text message from Lisa in which she talks about the fact that she converted to Islam. “Wasn’t for your mom or anyone in our lives, not even you,” she wrote, “this was a decision that I made for myself.”

Unfortunately for Lisa, at least one young lady attempted to rain on her conversion parade in the comments section. Here are some of the interactions:

COMMENTER 1: I wish you were faithful tho ???

LISA: What do you mean my husband is faithful to me 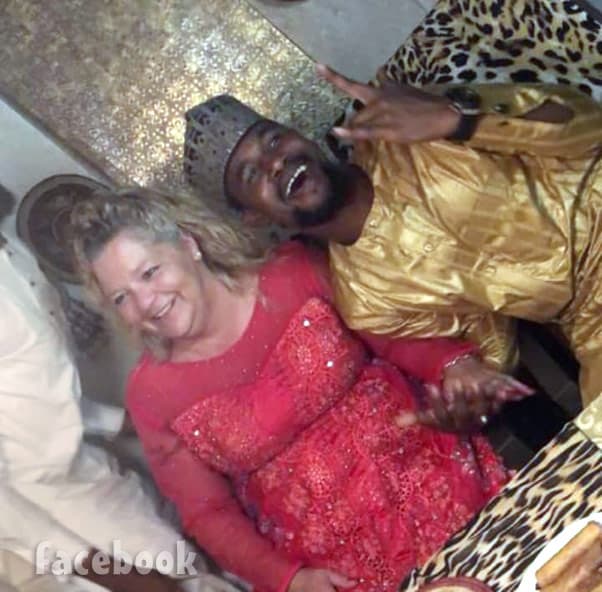 LISA: [Along with the photo above] Keep moving.

COMMENTER 2: When two people are made to enjoy their destiny together, devil always try to make problem for them, it does not matter if you fly at night, your mouth is enough to tell us that you are a devil, God bless you [Lisa] you are a real woman, I love the trust you have for your husband and I pray that the both of you live happily after. Amen.

LISA: @COMMENTER 2 ty for your kind word she is a typical Nigerian b*tch an ppl from my husband area wonder why he married a WHITE AMERICAN WOMAN. FACT STANDS I AM A GOOD WOMAN SO LET MY HATERS COME @USMAN SERIOUSLY ILL F**KING MAKE HER CRY.

USMAN IS A RAPPER & AND AN ACTOR

I’ve been deep diving into the new cast of Before the 90 Days and I’m noticing a very disappointing trend in that a lot of the cast members are actors, YouTubers, Twitch streamers, online relationship coaches, etc. This installment of the franchise certainly has a track record of attracting cast members that got on the show for the “wrong reasons,” and the upcoming season looks to be no exception.

As evidenced by the fact that they apparently got married, Lisa and Usman are already a step ahead of 95% of all the other Before the 90 Days cast members over the years as far as being in an actual relationsip. But, I think it’s important to point out that in addition to being a musician, Usman is also an actor in Nigeria. Those two professions combined make for a textbook resume for a fraudulent foreign love interest on a 90 Day Fiance show. Combine that with the allegations that are surfacing (before the trailer was even released!) about Usman’s alleged infidelity, and I think it is safe to assume that Usman’s motives will be questioned throughout the season. 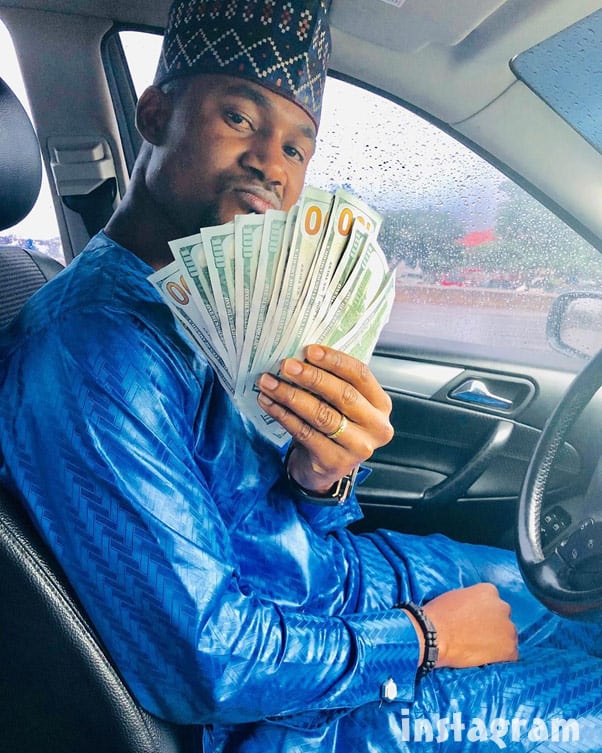 As teased in the Before the 90 Days Season 4 preview trailer, Usman took a page out of Tarik Myers’ playbook and recorded a song for Lisa. I managed to find the music video for the track, which is simply titled “I Love You.”

Sojaboy mentions Lisa by name early in the song, but it is a spoken part that seems like it could have just been added to a pre-existing track? I’ll let you be the judge as to whether or not “I Love You” was in fact a bit of ***INSERT LOVER NAME HERE*** Mad Libs woo by Usman:

While doing some research into Lisa and Usman I found out a few other things that may or may not be separate posts later. Here’s a brief list:

• Lisa has at least one daughter who looks to be a teenager, or at least she refers to her as her daughter.

• Lisa has had some legal issues, including a civil suit involving an ambulance company that resulted in the posting for a Sheriff’s sale of Lisa’s possessions.

• Lisa changed her name to Usman’s mother’s name when she got married. Like, her first name!

• In what will surely be the birth of millions of memes this season, Lisa gave Usman’s mom a goat. I’m not sure if that was part of some sort of groom price thing or what.

• Usman requested that Lisa not wear any makeup on their wedding day, and she complied.

• I ran across a photo of a man referred to as Usman’s brother who was proudly showing off his newly acquired US passport in early September.

As mentioned a couple times already, Lisa looks to be a northern carbon copy of Angela Deem. She will almost certainly be providing A LOT of over-the-top drama and entertainment for TV viewers, but will fans actually like her or hate her?

Based on all that I have seen, I am predicting that she will follow the trajectory of The Other Way‘s Laura in that viewers will love her brashness and crass attitude early on, but the tide will turn after a few episodes when all the brash ‘n’ crass become less entertaining and more cringey — and potentially offensive.

I should also mention that there is a very good chance that Lisa will be WAY more over-the-top and dramatic on social media during the season than on the show! ??? Will producers be able to keep her in check?

Of course, the only way to see how things actually play out with Lisa on screen and off is to tune in to the new episodes of Before the 90 Days premiering Sunday, February 23 at 8/7c on TLC and follow along online!