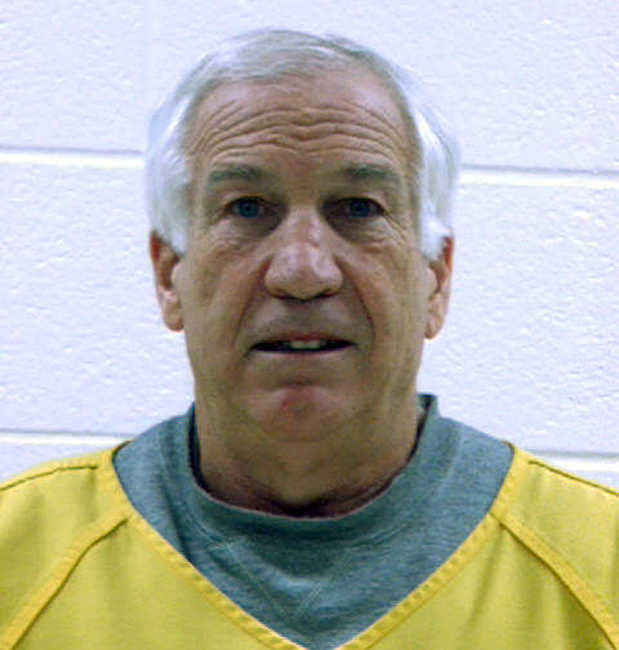 These new accusers testified before a grand jury that Sandusky molested or raped them over a period of years.  Sandusky was brought in wearing a Penn State windbreaker. The mug shot above was taken at the Centre County Correctional Facility in Bellefonte, Pa., after his arraignment, because he was unable to fork over the $250,000 bail.

If Sandusky does make bail he will be forced to wear an ankle monitoring bracelet and be subject to house arrest. He cannot contact the accusers or witnesses nor can he have any unsupervised contact with minors.

The former Penn State assistant football coach now faces over 50 counts of child sexual abuse. This now brings the official count of young men who are officially accusing Sandusky of these terrible crimes to ten. Sandusky still maintains his innocence.

UPDATE: Sandusky made bail this morning with assistance from his wife. As stated, he will now be confined to house arrest.