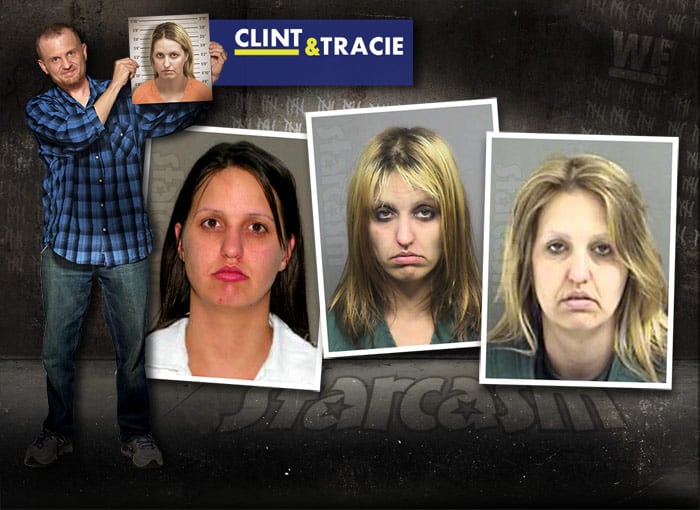 As we reported earlier, Love After Lockup star Clint Brady’s fiancée Tracie did not have long to enjoy her newfound freedom after being released from federal prison as she was reportedly arrested again soon after her release. (Clint was later arrested when he reportedly went to visit Tracie in jail in Texas and he got booked for marijuana possession.)

Now Tracie is free once more — let’s just hope it lasts a little longer this time!

According to jail records, Tracie was released from Gaines County Jail on January 3. Details about Tracie’s recent stint behind bars are a little sketchy as we have been unable to get much information from local authorities. However, it does appear as though Tracie has been at the Gaines County Jail facility for quite a while because she is seen wearing a bright red-orange jump suit in the preview clips for Love After Lockup Season 2 that have “Gaines County Jail” printed on them: 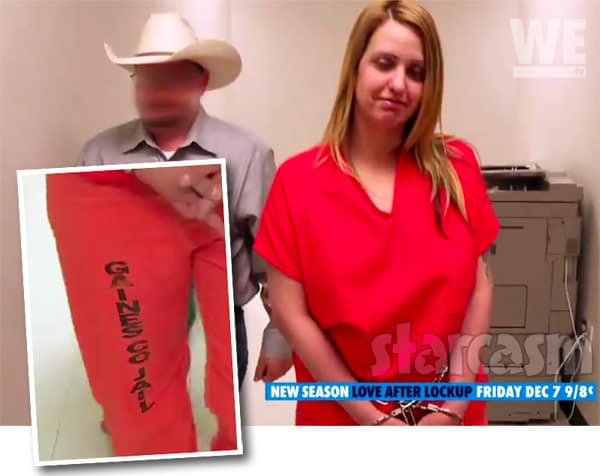 You will notice that Tracie has her $350 blonde hairstyle.

It is unclear at this time if Clint and Tracie are still together, although I can confirm that there does not appear to be any record of the two getting married in Texas or New Mexico. As we previously reported, Clint tweeted “I ended the relationship with Tracie.” back in December, but he later deleted that tweet. Anyone who has been watching the current season of Love After Lockup will know that Clint can be a bit over-the-top with his mood swings — especially when it comes to his “goddess.”

The only way to know for sure is to keep tuning in for new episodes of Love After Lockup airing Friday nights at 9/8c on WE tv!

While you wait for new episodes, be sure to catch up on our extensive coverage of WE tv’s Bonnie and Clyde, aka Tracie and Clint, with these links:

Clint arrested in Texas after Tracie’s release from prison

You can also get our scoops on the rest of the cast (including at least two other post-prison arrests in addition to Tracie’s) by checking out our Love After Lockup category!

How much do Life After Lockup stars get paid?