On the current season of Love After Lockup, 37-year-old Clint Brady is hurtling through numerous red flags as he prepares to meet his incarcerated girlfriend Tracie and marry her one day after her release — despite the fact that the two of them have never met in person.

As you would have guessed, Clint is heading for some major bumps in the road on his path to a happily ever after with Tracie — but I don’t think anyone could have predicted just how bumpy!

A source close to Tracie took to social media to spill the tea, and here is a recap of his account of what went down: Tracie got out of jail in Houston on a Friday, and she and Clint followed through with their plans to get married the following day. On Saturday night, Tracie took Clint’s car in an attempt to get drugs. (Clint’s mom mentioned on the show that she purchased Clint an airline ticket to get to Houston, so I’m not sure if it was a rental car or what.)

The source also mentions that Tracie was later booked in Texas, and when Clint went to visit her, police smelled marijuana on him. They searched his vehicle and found a small amount, so Clint was arrested too.

Given this information as a lead, I did some thorough checking to see if I could verify any of it. As it turns out, Clint was arrested for marijuana possession in Texas in late June! (Mug shot photos above.) The misdemeanor charge was for less than 2 oz., and according to court records, Clint entered a guilty plea in August.

We have reached out to the arresting police department to request a copy of the original arrest report, and the post will be updated if we get any additional information.

I could find no record of an arrest for Tracie, but there was a status update on her in the system on June 21, which was a couple weeks after Clint was arrested while reportedly attempting to visit her in jail. Unfortunately, there is no information other than the fact that June 21 is Tracie’s “date last updated.”

As far as the wedding, we can confirm that there was a service lined up through a local quickie wedding service in Houston, but I can still find no record of the marriage ever officially taking place. We have a source that tells us the couple never legalized their nuptials due to Tracie running off that evening. I imagine we will find out if that is the case on an upcoming episode of Love After Lockup!

Something else our source told us that comes as a bit of a surprise to me, is that Clint and Tracie remained together as a couple for a while after her release. But, in a tweet from earlier this week that he has since deleted, Clint wrote: “I ended the relationship with Tracie.”

Also, Clint has reportedly lost his job at the hotel working for his ex-wife Haily — it is unknown if he has found a new job. Clint tweeted a few days ago that he does have a job, but he didn’t share any details.

Meanwhile, while researching the recent marijuana arrest, I ran across Clint’s previous marijuana possession arrest in Texas in 2009 after he was apparently stopped by a state trooper. Clint pleaded no contest to that charge and the disposition is listed as “held.”

Just so that the Starcasm Files on Clint remain complete, here is his mug shot photo from the 2009 arrest: 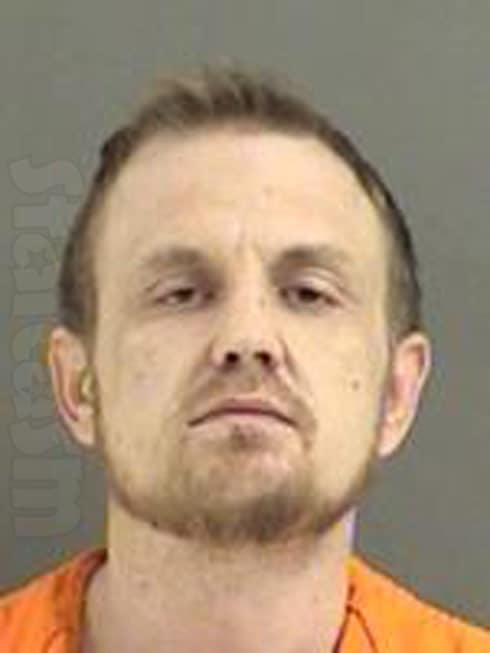 You can see all of this crazy personal and criminal drama play out on screen every Friday night with brand new episode of Love After Lockup on WE tv at 9/8c! And rest assured, there will be lots that we haven’t reported on yet!

While you wait, be sure to check out our extensive coverage on Clint, Tracie, and Clint’s ex-wife Haily — who had a rather dramatic run-in with the law herself!

UPDATE – Tracie released from jail after being arrested again