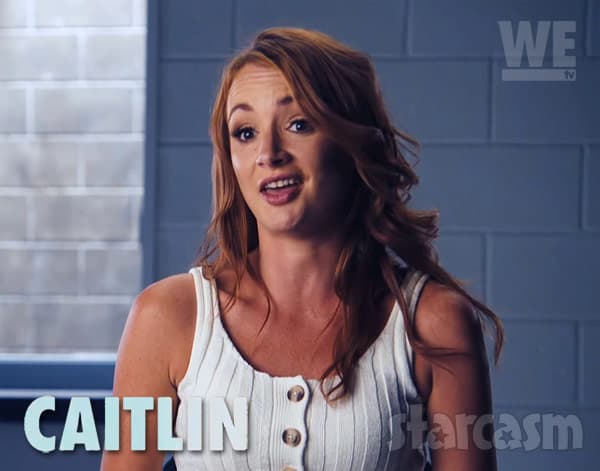 On the current season of Love After Lockup, viewers have gotten to know quite a bit about ex convict Matt Frasier, but we still seem to know very little about his randy eye candy flower ring fiancée Caitlin. Given her rather aggressive personality as well as her eagerness to undress on camera, I was surprised to find that Caitlin has next to no presence online — be it social media or otherwise. But, the lack of easy-to-uncover information was merely a minor obstacle for the Starcasm Detective Agency as we have been able to compile a rather sizable dossier on Caitlin.

32-year-old Caitlin may have found the lust of her life with her #HotFelon Matt, but this isn’t her first serious relationship. According to court records she has been married at least two times before — once in June of 2006, and then again in June of 2008.

Caitlin has at least one child, a boy, who looks to be roughly 11 years old. It’s unclear if he is from either of Caitlin’s marriages, but it is our understanding that Caitlin does not have custody and has not seen him in roughly a year.

Court records indicate that the State of Washington Department of Social and Health Services Division of Child Support issued an enforcement lien on Caitlin in April of 2018 for “past-due child support” in the amount of $1,295.

There have been a lot of questions about the tattoo on Caitlin’s back, which looks to be a baby’s footprints along with a message that begins “Live for the moment…” Here is a screen cap from the show: 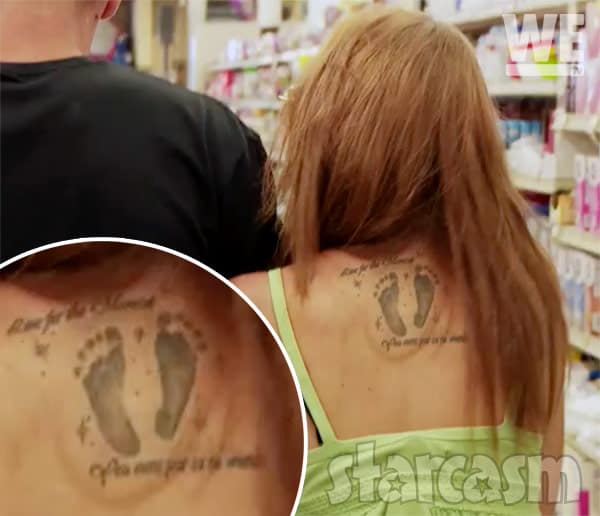 I assumed that the tattoo was for Caitlin’s son, but we spoke with a source who knows Caitlin and we’re told it is a tribute to Caitlin’s baby that was stillborn — not long before her son was conceived. I wouldn’t even bring that up, except for Caitlin’s willingness to have the tattoo shown on TV. I hope that there will be some discussion about it this season.

More recently, Caitlin had more sad news as her father passed away in October of 2017, and it is our understanding that her mother Vickie passed away on Thanksgiving of last year. From what we are told, Caitlin’s mom had some drug addiction issues, and Caitlin spent a lot of her childhood with her grandparents. Caitlin seems to verify that in a preview clip for tonight’s episode featuring her and Matt in the car as she takes him to meet her mother for the first time:

On a positive note, Caitlin seems to be completely unlike Matt in that I could find no record of any sort of arrests!

Speaking of Matt, he continues to struggle to stay out of trouble. As we previously reported, he was involved in two car accidents within a ten-day period in December in which he was driving Caitlin’s pickup truck — the second of which was a head-on collision that was reportedly due to a steering issue caused by the damage from the first wreck.

Matt was later arrested and charged with possession of a stolen vehicle, but we have yet to find out any additional information abut that arrest. He was bonded out on January 8.

New episodes of Love After lockup air Friday nights at 9/8c on WE tv!

LOVE AFTER LOCKUP Did Johnna and Garrett split up? SPOILER

LOVE AFTER LOCKUP Is Shawn being catfished by Destinie? SPOILERS